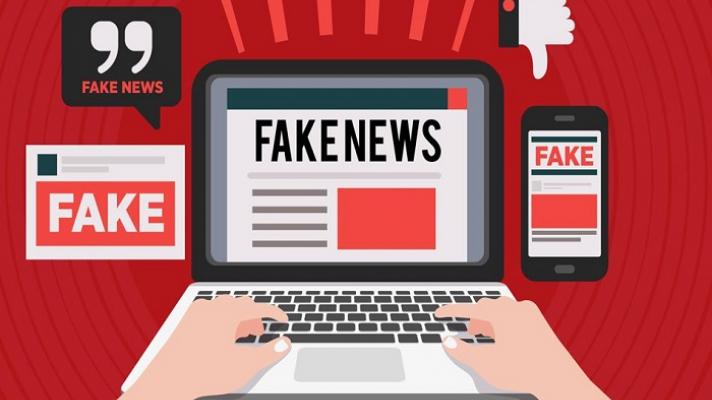 Last weekend, a thug from the El Coqui gang took a dip in the pool of a police club. I saw it with my own eyes: a guy on the edge of the pool, throwing himself in, as if it was an everyday thing, along with a write-up that said who he was. “We do not believe in policemen, or in anyone,” they said, dying of laughter, and then splash!

The dip was a trending topic last weekend and even today, despite the fact that one of the most vociferous “news outlets” specialized in fake news tweets posted the correction—yes—in a single and timid tweet about the false news item that it helped to keep in trending topics for several days, due to its convulsive tweeting, and thousands upon thousands of robotic retweets.

The damage was already done. With the clarification, they washed their hands of the affair, and pretended a decency that their readers do not care about. After washing their hands, they went back to their work:  launching further smear campaigns, pretending to smear truth.

While El Coqui and his henchmen splashed in the fake pool, the Bello Monte morgue awoke to a pile of corpses in black bags scattered on the street. According to the info-mercenary from Miami that spread the terrifying photo, COVID and the evil government had led us to this. The long-awaited day finally arrived to “blame Maduro”—the dead overflowed through the windows of the hospitals, dripping down the streets until they piled up in front of the morgue that could no longer be used for more. Be afraid, sir. Be very afraid, ma’am! If the COVID does not take you, the Coqui will. Retweet, retweet, and also pass it through WhatsApp. Your anguish and anxiety is our business.

Once the impudent liar from Miami was exposed, he ducked and covered, inventing another lie, as it should be, and accused the fact-checker of being “Chavista” that he now has to expose, not once, but many times, because he is not a Chavista.

Lies on all fronts, and what better front to lie than a war front. In Apure, the Bolivarian National Armed Force are fighting Colombian paramilitary gangs, a kind of tropical Al-Qaeda that Duque’s sub-government, by order of his gringo master, is trying to install here as the seed of the war that they want to—and cannot—impose on us. There is no better scenario for lies to fester than a war scenario, and more so in these times, when the truth has to be carefully excavated from among a million lies and half-truths, which are also lies.

RELATED CONTENT: Fake News Op in the ‘Candid Activists’ Case: There was No Arrest, Only Protection of Journalists in Apure

This is how in Apure the paramilitaries are now industrious and peaceful peasants who do not plant corn but antipersonnel mines, of course, but what does it matter if the lying USAID NGOs are there to clean up everything? That the bad guys are the Venezuelan soldiers who try to liberate their own territory from Colombian narco-paramilitaries. That the evil Venezuelan army imprisoned a journalist who illegally crossed the border and “tortured” him, protecting him from the shooting and serving him an evil lunch. That Venezuela is the country that worries the UNHCR, which is forced to run to the Colombian side of the conflict to put up a lot of tents for displaced Venezuelans, where—according to German TV outlet DW—5,000 of the La Victoria’s 3,500 inhabitants have crossed into Colombia fleeing from Maduro’s  violence… Colombia! Where no one has seen the camps of the very concerned UNHCR to protect the almost eight million internally displaced people from the eternal war there, that they want to bring to us.

And Duque rises to the stage and begins to project his own miseries on Venezuela, the miseries that the oligarchy, and now the Colombian drug oligarchy, has imposed since the beginning of time, and forever and ever, on the Colombian people. And their false positives are echoed in mainstream media, monopolies of the lie that is already so grotesque that nobody believes it, but it does not matter, because this is the era of cynicism.

And as if reality were no longer complex enough, for several weeks a new version of that unsuccessful campaign of fear of the hair-stealing piranhas has been running, which has now mutated into men who steal entire women, or at least they try to without much success, because they end up being saved, Hollywood style, by anonymous heroes who help them get home so they can tell everything on social media, but never to the police. A terrifying campaign that did not catch on and that finally gained strength in the news trends, courtesy of Caraota Digital which, in a few days, timidly, will apologize.

Lies caught on the fly in just five days. Unbridled lies that announce and accompany a new and desperate attempt to overthrow the truth of Venezuela. Lies that are the weapons of those who have no rationale. Lies with which they have not been able to and, as always, they will not be able to defeat us.