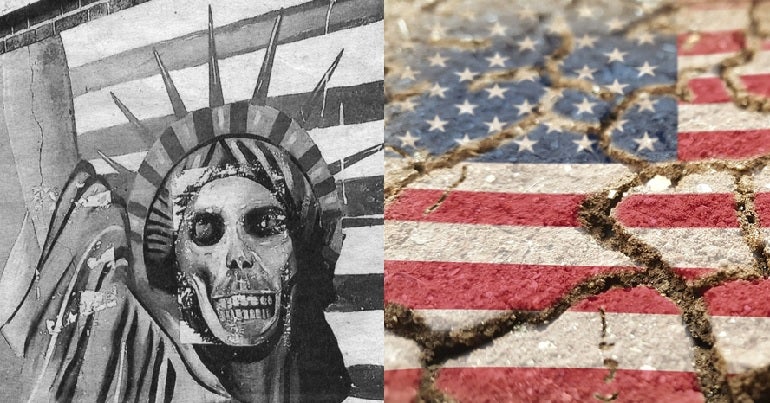 With the backing of the US government, a highly sophisticated and well-resourced coup has succeeded in overthrowing Bolivia’s legitimate and democratically elected president Evo Morales. This massive blow against democracy and social progress comes after more than a decade of US intervention aimed at destabilizing Bolivia and overthrowing its successful socialist government.

A wave of fascist violence

On 10 November, Morales resigned after escalating violent attacks from the right and the Bolivian military’s demand that he step down. Under threat of being illegally arrested by the organizers of the coup, and with serious concerns that he would be assassinated by fascist thugs, Morales left Bolivia for Mexico. What the US-backed right-wing opposition could not achieve at the ballot box, they had finally attained through violence and military pressure.

The fascist groups that took the lead in overthrowing Morales’s government did so by unleashing a wave of racist violence. As the coup plot unfolded, there was a large-scale, coordinated operation to kidnap relatives of prominent left-wing politicians to force them to resign their positions. At the same time, the homes of some members of the ruling Movement For Socialism (MAS) were burnt as arsonists went on the rampage. Hours after Morales stepped down, his own home was invaded and vandalised. The Bolivian police did nothing to prevent this lawlessness, giving a clear green-light to the coup.

Around 24 hours before the Bolivian military made the decisive ‘request’ that Morales resign, the coup plotters shut down Bolivia TV and Nueva Patria Radio. The director of the radio station, José Aramayo, was even tied to a tree by right-wing activists. As a result, there has been a media blackout of progressive TV channels in the country since 9 November. Freedom of speech has been suppressed by the far right in order to prevent the truth from getting out to the population.

The coup has also stimulated an outpouring of violent racist hatred directed against Bolivia’s Indigenous peoples. Right-wing opponents of Morales celebrated his resignation by burning the Wiphala flag, which is a symbol of resistance of the Indigenous peoples and Bolivia’s second official flag. The pro-coup Bolivian police, meanwhile, have been filmed cutting the indigenous flag off their uniforms.

In his televised resignation speech, Morales said “my sin was being indigenous, leftist and anti-imperialist”.

As the first Indigenous president of Bolivia, Morales blazed a trail for Indigenous liberation and confronted deeply ingrained racism. Despite these advances, Bolivia has continued to be a polarized country, and significant sections of Bolivian society – the rich, privileged and white – have largely never accepted that an Indigenous person could be their president.

US ‘applauds’ overthrow of Evo Morales

The US has extensive links with Bolivia’s right-wing opposition and a historic role of backing brutal coups throughout Latin America, including in Bolivia. As the Grayzone reported:

Top Bolivian coup plotters were graduates of the infamous School of the Americas or groomed in DC-based FBI police training programs@JebSprague exposes the Washington connection to the plot against Evo Moraleshttps://t.co/ZB6GnNmbHg

The way the coup was organized, meanwhile, suggests that Washington’s extensive expertise in regime change in Latin America has been drawn upon to overthrow Morales.

Donald Trump has enthusiastically welcomed the coup, applauding the role played by the Bolivian military. The pro-US mainstream Western media has also actively assisted the coup by spreading disinformation, outrageous lies, and slanders against Morales. The overwhelming majority of the press has failed to accurately report the situation in Bolivia, and has meticulously avoided characterizing the events as a “coup”. And the role of US intervention in Bolivia has barely been mentioned at all.

A history of US intervention

The US has been actively intervening in Bolivia with the goal of overthrowing Morales for more than a decade. It previously backed the ‘media luna’ coup attempt in 2008-09 and, as WikiLeaks revealed, the US provided funding to opposition groups involved. It also continues to fund a plethora of Bolivian ‘civic’ groups that have been involved in the campaign to destabilize and destroy Bolivia’s democracy in recent weeks.

Weeks before the coup, on 8 October, international analyst Alfredo Jalife Rahme published an article detailing the US plan to overthrow Morales and the Bolivian government. Throughout this year, he said, the US has been preparing for a coup in Bolivia by organizing army and police officers against the government, indirectly channeling funds to opposition groups, linking up with the ‘civic committees’ that have organized the violence, planning a social-media campaign of fake news to attack Morales, plotting to discredit the election through the Washington-based Organization of American States (OAS), and organizing for large right-wing protests.

Days before Morales was forced to step down, audio tapes were published that implicated the US embassy, US senators, and right-wing opposition politicians in a coup plot.

This year’s coup was launched immediately after Bolivia’s presidential election on 20 October. The US was dissatisfied with the victory of Morales in a free and fair electoral contest, so it launched a major campaign to delegitimize the election. The OAS – which is effectively a tool for US foreign policy in Latin America – alleged that the election was fraudulent without any evidence to back up this claim. Yet these false allegations were extensively and dutifully reported in the Western mainstream media as facts – to the great assistance of the Bolivian coup plotters.

Meanwhile, different factions of the Bolivian right-wing opposition – including the neoliberal right and the more extreme, fascistic right – initiated violent protests that started with the burning down of electoral offices as the votes cast on 20 October were still being counted, and culminated three weeks later with the overthrow of Morales.

The US wants to make Bolivia its ‘backyard’ again

Morales is a champion of poor and oppressed people. During his almost 14 years as president, he dramatically reduced poverty and delivered an economic transformation of the country.

On 1 October 2019, the first electric car to be manufactured in Bolivia was unveiled. Bolivia has one of the world’s largest known lithium reserves. Rather than just export this raw material unprocessed, Morales was investing to create state-owned industry. Morales had also moved Bolivia out of the US orbit of domination and was developing trading links with China on the basis of creating a multipolar world and ‘win-win’ development. From 2000 to 2014, bilateral trade between China and Bolivia grew from $75m to $2.25bn. This was intolerable to the US.

The relationship that the US wants with Bolivia is the one of total domination that had existed prior to Morales becoming president in 2006. In 2005, Bolivia’s US-backed president Carlos Mesa said in his resignation speech that nationalizing Bolivia’s natural gas was “unviable” because the US and World Bank “have told us so”. At the time, over half the population languished in poverty. In 2006, Morales nationalized the gas and used the revenue to lift millions of people out of poverty.

Fascist mobs backed up by the police and Bolivia’s military, however, continue to unleash violent repression against local people opposing the coup – from the protesters in the city of El Alto to the trade unions and social movements. And in this current situation, international solidarity with the left in Bolivia is vital.

This coup is a major defeat for the people of Bolivia. Washington’s right-wing allies in Bolivia have deep social roots and the backing of the state’s repressive apparatus. However, the left in Bolivia also has deep social roots and mass support. The Bolivian people have resisted colonialism for centuries and aren’t going to stop now. The left internationally should build solidarity with the struggling people of Bolivia as they fight on for their independence and self-determination.

Featured image via Vaticanus and Rovyco