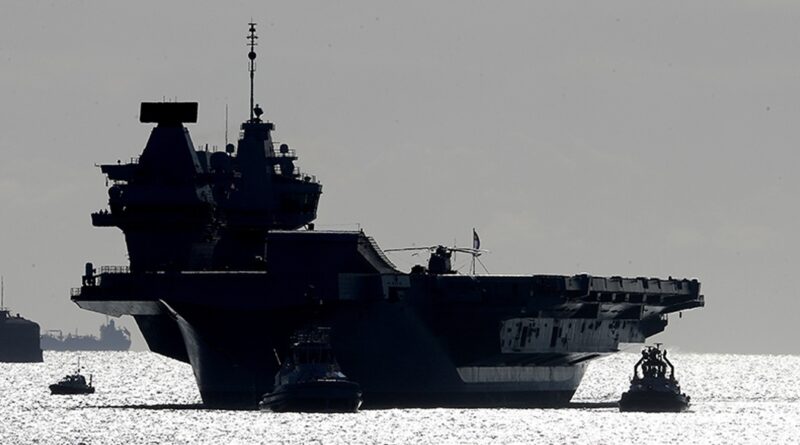 is an attack on free speech, argues FIONA EDWARDS

On February 4, Britain withdrew the broadcasting licence of China Global Television Network (CGTN)—China’s English-language TV channel—in an outrageous act of censorship which reveals that the West’s claim to be the global champion of “free of speech” is utterly hypocritical.

It should be understood that in shutting down CGTN’s operations, which employs hundreds of journalists and support staff at its London office, Britain is attempting to silence a real debate on China and deny the British people an opportunity to hear from a Chinese perspective.

This attempt to exclude voices from China within Britain’s public discussion should be vigorously opposed by all for those who value freedom of expression, regardless of their position on China itself. Ofcom’s official justification for taking CGTN off-air is that any holder of a broadcasting licence in Britain must not be controlled by political bodies. This law is, however, only selectively applied. The BBC, for example, which is politically controlled by the British state and consistently pushes a line against China, has not had its broadcasting licence revoked.

Indeed, so tightly is the BBC controlled by the British state that since its earliest days its staff have been directly vetted by the British security service—MI5. This co-ordination of the BBC with military intelligence was organised from a special office inside BBC headquarters. There was a formal procedure that all staff should be vetted by MI5 except “personnel such as charwomen [cleaners].” The BBC agreed not to reveal the role of the British Security Services or the existence of the vetting itself.

The recent appointment of Richard Sharp, a former banker who has donated more than £400,000 to the ruling Conservative Party since 2001, to the role of BBC chairman underlines the clear political bias of Britain’s public broadcaster.

Nor has the US channel CNN, which relentlessly broadcasts propaganda in favour of the US Democratic Party and also against China, has had its licence to broadcast in Britain withdrawn.

RELATED CONTENT: The US Will Lose the Cold War with China. Then Collapse Will Come for It.

It is therefore clear that if Britain had a genuine commitment to freedom of speech, it would not have shut down CGTN, which legitimately, as a Chinese state broadcaster, puts forward its own editorial line in the same way as the BBC and CNN.

The blatant hypocrisy which led to Britain’s censorship of China’s English-language TV station was duly noted by CGTN itself, in its response to Britain’s actions, pointing out that “CGTN’s current shareholder is CCTV, a Chinese state television broadcaster since its establishment in 1958, with a similar status to that of the BBC, France Television Group, NHK (Japan), KBS (Korea) and others.”

Britain’s attack on free speech comes at a time of growing Western hostility and aggression towards China—which is being led by the US administration in Washington. The British government is an enthusiastic supporter of this new US cold war against China, having recently decided to increase Britain’s military spending to the tune of £24 billion over the next four years.

Meanwhile Britain’s aircraft carrier, HMS Queen Elizabeth, is scheduled to be deployed to the South China Sea alongside a US destroyer in May of this year. Such belligerence from the US and Britain towards China runs totally counter to what is really in the interests of the overwhelming majority of people across the world.

RELATED CONTENT: Why We Need a Strong China in 2021

These Western powers should step back from their threatening actions and instead seek global co-operation to tackle the very urgent common problems facing humanity including defeating the pandemic, protecting living standards in the midst of a massive economic crisis and stopping climate catastrophe.

In order to advance such an agenda of global co-operation, genuine international dialogue and discussion to build understanding is needed.

In addition to defending the basic principle of “freedom of speech,” the British people also have a very big material interest in hearing from China’s perspective and should therefore also oppose the censorship of CGTN on these grounds too.

Learning from China’s success in defeating the pandemic, for example, is literally a matter of life and death. Britain’s handling of the pandemic has been a notoriously “world-beating” catastrophe, causing the deaths of over 110,000 people—the highest per capita death rate of any major country in the world. In stark contrast, China, through aggressive lockdowns and a comprehensive zero-COVID strategy, has kept deaths below 5,000.

Taking into account the fact that China’s population is 20 times larger than Britain’s, it should be understood that Britain’s COVID-19 death rate is 400 times worse than China’s. Yet the majority of mainstream Western media, which has followed the lead of the US administration, chose to demonise and attack China’s response to the pandemic, while failing to report accurately on the extremely important lessons of how China succeeded in effectively curtailing the disease.

In sharp contrast, CGTN extensively reported on China’s successful response to the pandemic. Therefore, by removing CGTN’s broadcasting licence, the British authorities are removing an opportunity for the British people to find out important information, which has the potential to save lives and is not widely available in the mainstream Western media due to political hostility towards China.

Britain’s claim to be a liberal, free society is seriously undermined by Ofcom’s disgraceful decision to shut down CGTN. British authorities should reverse this decision immediately and reinstate CGTN’s broadcasting licence.