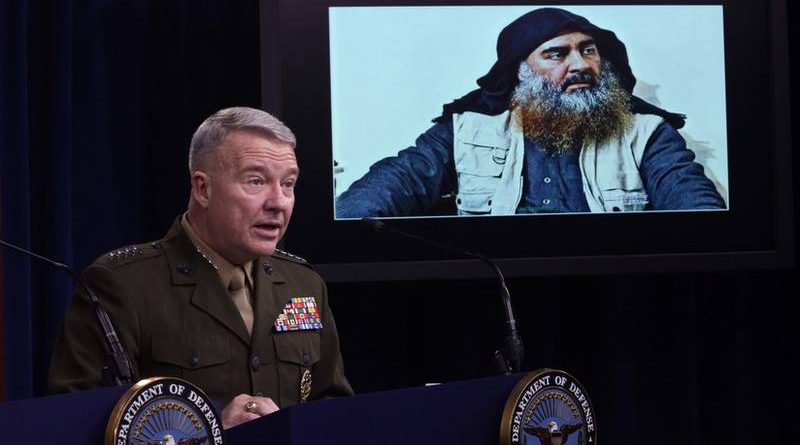 The group has named Abi Ibrahim al-Hashimi al-Qurashi as its new leader.

The Islamic State terror group officially confirmed Thursday the death of its leader Abu Bakr al-Baghdadi, in an audio message.

The Islamic State also confirmed the death of its spokesman, Abu al-Hassan al-Muhajir, after the US military operation, and has named Abi Ibrahim al-Hashimi al-Qurashi as its new leader .

During his statements, the terrorist group has also called for avenging the death of Baghdadi.

On October 27, US President Donald Trump confirmed the death of Al Baghdadi in a US special forces operation in Idlib. According to Trump, in addition to the leader of the IS, many of his accomplices and fighters of the group were also neutralized , in total six terrorists were killed.

Baghdadi detonated an explosive he carried when he was cornered by US special forces, which ended his life.

The US authorities revealed recordings of the operation carried out by their military forces, ensuring that it was “meticulously planned and executed.” Hours after his death, the remains of the deceased leader were ‘buried’ in the sea, according to his statements.

“A rapid DNA analysis” had confirmed the identity of Al Baghdadi.

The US president also thanked Russia, Turkey, Syria, Iraq and the Kurdish forces for their help in the operation.