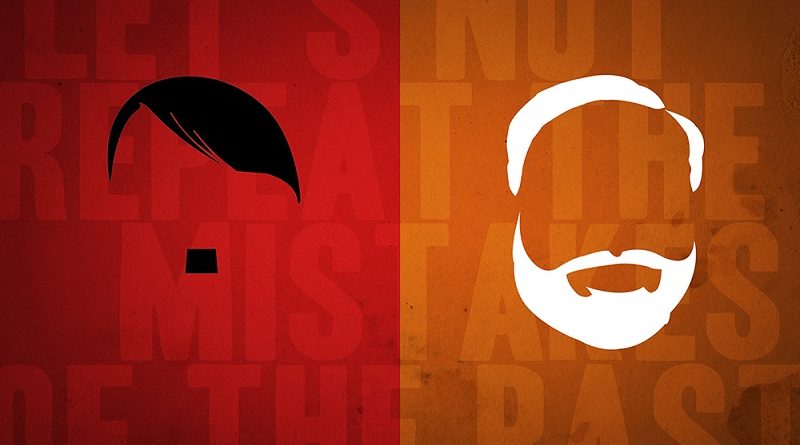 A mob of masked thugs broke into India’s premier Jawaharlal Nehru University Sunday night and beat dozens of students who were protesting against their country’s contentious “Citizenship (Amendment) Act”, after which the victims accused the perpetrators of being allied with the ruling BJP and opposition leader Rahul Gandhi claimed that his country is now under the control of fascists, with all of this finally drawing long-overdue attention to the true nature of the “Modi Mob”.

Indians are shocked after a mob of masked thugs broke into their country’s premier Jawaharlal Nehru University (JNU) Sunday night and beat dozens of students who were protesting against their government’s contentious “Citizenship (Amendment) Act”. Reuters reported that the police have come under criticism for not stopping this act of political violence which the victims believe was ordered by allies of the ruling BJP. Opposition leader Rahul Gandhi also claimed that India is now under the control of fascists, which is an accurate assessment considering that last weekend’s incident was reminiscent of brown and black shirt attacks in Hitler’s Germany and Mussolini’s Italy, respectively. These latest developments finally draw long-overdue attention to the true nature of the “Modi Mob”, the nationwide network of BJP supporters that actively works to intimidate all who are opposed to them on social media and increasingly in the streets.

The JNU Modi Mob attack didn’t come out of nowhere, however, since it’s the natural evolution of the these thugs’ Islamophobic lynchings over the past six years since Prime Minister Modi came to power. His election energized his Hindu nationalist base (“Hindutva”) and was perceived as a signal that the state would look the other way towards mob violence against their country’s Muslim, lower-caste, ethnic, secular, and political minorities. The “majoritarianism” of Modi’s India was whitewashed as the “pure expression” of “public sentiment” in the self-professed “world’s largest democracy”, with critics at home and abroad smeared as “Pakistani puppets” for condemning this disturbing trend. Few across the world cared that Muslims were being lynched, including the governments of the many Muslim-majority states that have a vested interest in remaining silent in the face of such terrible human rights abuses against their co-confessionals for economic reasons pertaining to India’s growing energy needs and enormous market potential.

Emboldened by the lack of any significant pushback against their actions except those predictably coming from Pakistan, the Indian government eventually proceeded to annex Kashmir in violation of international law, which was also met with a muted response from practically every government in the world apart from Islamabad and Beijing. It was therefore to be expected that the BJP would become even more brazen than ever before by pushing through its most radical campaign promises to round up all (mostly Muslim) illegal immigrants, especially in the “Indian Balkans” of the Northeast “Seven Sisters”, and impose a new citizenship law for supposedly oppressed religious minorities in Afghanistan, Bangladesh, and Pakistan that openly discriminates against Muslims. Somewhat surprisingly, that proved to be a bridge too far even for the BJP, provoking nationwide protests that have already lasted roughly a month and show no signs of abating anytime soon. In response to this unexpected development that’s since united the country’s dissatisfied masses into what the author describes as the “coalition of malcontents”, the Modi Mob was unleashed into the streets.

This nebulous network’s transformation from an online troll factory into fascist street thugs was seamless because its many members are already politically and religiously radicalized to the point where they truly believe that their anti-democratic violence is “saving the country” just like Hitler’s brown shirts and Mussolini’s black ones thought the same in their time. Their BJP handlers spent years building an unofficial army for deployment against their own people in precisely these types of scenarios where they believe that physical violence can succeed where its online component failed in intimidating dissidents into self-censoring their views and not daring to publicly express them en masse through largely peaceful protests such as the one that the JNU students organized on Sunday. About that attack, the police were passively complicit in what happened after possibly having been tipped off in advance at the very least seeing as how they didn’t do anything to stop the violence that raged for nearly two hours on campus. This observation speaks to just how deeply the Modi Mob has infiltrated all levels of the state in the years since Modi’s election.

Indians and the world at large are slowly waking up to the reality that the self-professed “world’s largest democracy” is really the world’s largest fascist state, one which was never even secular to begin with but has spent the last seven decades gradually transforming into the “Hindu Rashtra” that the BJP’s RSS forefounders always envisaged it as being ever since one of their supporters assassinated Gandhi. The group’s leader even boasted last September that “RSS and India are synonymous now. We also wanted the world to see India and RSS as one”, thus making no secret of this previously “taboo” fact. They wouldn’t have gotten this far had they not worked for decades to patiently achieve their socio-political aims, nor if they were actively opposed by Indians and the international community alike. Therefore, one can confidently say that the Modi Mob epitomizes everything that India really is, not what it’s falsely portrayed itself as being for so long, and it’s up to those who still believe in a different path of development to peacefully resist their fascist government and its supporters so as to give their country a genuine chance to finally become a secular democracy if they succeed.