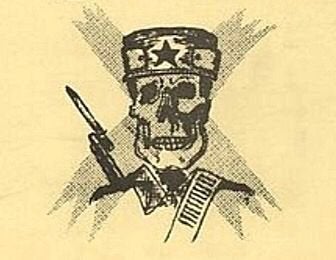 Two years ago, I underestimated the power of U.S. imperialism, to the consequence of having a nasty shock when I found out that Bolivia’s president had been forced to resign in a U.S.-orchestrated military coup. I had anticipated that Washington would carry out a regime change attempt in Bolivia for months prior to that day, but up until the coup actually happened, I remained under the illusion that Bolivia’s democracy would withstand the onslaught of white supremacist terrorism that Washington’s running dogs were unleashing upon the country after the 2019 election. U.S. hegemony was in decline; even the Pentagon had admitted this two years prior. For the imperialists to have victory at that moment felt counterintuitive, especially to my younger and more naive mind.

But they did succeed, exposing the miscalculations in dialectics from overly optimistic anti-imperialists like myself. Even Morales hadn’t been able to anticipate the ferocity of the campaign that would be set against him, though he and other Movement for Socialism (MAS) Party officials tried to. Morales had put together an anti-imperialist military school, in alternative to the route Venezuela’s Maduro had taken of creating a mass citizens’ militia in preparation for future imperialist coups. His measure proved insufficient when some of the key officials within the governmental and military structure, along with law enforcement officers who participated in coup-adjacent protests following the election, turned against Morales. Faced with mounting physical threats against himself and his family, along with violence against his supporters and fellow MAS politicians, he stepped down and fled the country.

In the coming year of horrors within Bolivia, where the new ruling junta massacred indigenous protesters, created death squads to hunt down MAS supporters with impunity, tortured or disappeared journalists, and delayed elections for as long as possible, Morales learned from this revelation about the true strength of the reactionaries in Bolivia. By the end of spring 2020, he was calling for MAS supporters to gather into armed militias, in addition to the indigenous militias that had naturally formed in response to the coup. In this statement, he clarified his source of inspiration by saying these militias should be “as in Venezuela.” He had embraced Maduro’s tried and tested approach for defending against imperialism.

Since the socialists retook power last year with the election of President Luis Arce, Morales has been continuing to try to prepare his movement for future backlash from his position as MAS leader; this summer, amid the revelation that coup regime officials had been secretly plotting to carry out a second coup to undo Arce’s election, Morales warnedabout the imperialists that “They do not forgive us.” He’s learned a jarring and painful lesson about the true conditions anti-imperialists face, and he doesn’t want other anti-imperialists to proceed without learning that lesson beforehand.

Now the fortitude and hindsight that the anti-imperialists have gained since the coup two years ago is being put to the test, both in regards to Bolivia and to the other places Washington threatens. This week, the Bolivian strategic communications expert known on social media as Camila Press reported that “Far-right sectors are not only reactivating their coup strategies, they’re financing minority indigenous and rural sectors who are willing to oppose the MAS. We’re witnessing a major throwback to 2019 and it will require far more reporting….The conditions and approaches we are seeing now in Bolivia are becoming more and more similar to the pre-coup conditions of 2019. La Paz / Santa Cruz / Cochabamba and the so-called indigenous march, financed by the far-right.”

Camila then described how the reactionaries within Bolivia are increasingly campaigning towards a new wave of violent insurrection, and the propaganda tactics that the imperialist media is going to use to manufacture consent for the new coup attempt:

At the rally in support of corrupt right-wing Mayor of Cochabamba, Manfred Reyes Villa, which has brought out a larger crowd than all Añez rallies combined. They say they’re defending their vote from a central government which wants to turn Bolivia into Cuba or Venezuela…The foreign media will soon be intent on uplifting the voices of Bolivians who reject state exploitation of natural resources: the coupists demand that Bolivian resources be placed in the hands of foreign capital/multinational corporations. They’re using small indigenous groups to argue that the government is ransacking nature by nationalizing resources. Who gets to exploit & profit from resources should be decided in a complete free for all, favoring the traditional large landowning elites and their offshore pals. Privatize all the things!! Signed, CIA land defenders.

Already, more pro-coup violence has appeared. During the process of writing this, a group of armed coup supporters have seized a coca market in La Paz, taking away the area’s indigenous wiphala flag. As photos show cars and buildings burning in the aftermath of this terrorist attack, coca growers have been displaced by the violence and destruction. “The majority of them are people who’ve always been opposed to the MAS,” reports Elena Flores, former president of the coca market, regarding the perpetrators. “But we fought hard last year to prove that we are the majority and in the 2020 elections the MAS won by a huge majority in the Yungas region. They lost the elections, but they didn’t give up, they began a misinformation campaign with the aim of seizing ADEPCOCA [the coca market] for a small handful of individuals. They think they can get ahead by trampling on others.”

This unrest follows a less successful recent bid from the coupists to destabilize Bolivia, one where they called for a march to release the jailed former coup president and then Arce responded by calling for pro-MAS counter-demonstrations. Lacking majority support, and under intense scrutiny from an MAS government that rightly accused the anti-MAS march organizers of trying to carry out another coup, Washington’s running dogs in Bolivia are now resorting to more extreme tactics. As Camila has assessed regarding how the imperialists have reacted to the failures of their coup attempts throughout Latin America, this is predictable: “Not saying their strategies and campaigns of subversion and counterrevolution are no longer a threat-on the contrary. With these failures, they’ll adopt a more dangerous and extreme approach, like increasing reliance on their transnational crime and mercenary network operations.”

After studying how Washington has destabilized the horn of Africa throughout the last decade, with U.S. meddling creating terrorism, slave trades, civil wars, and starvation crises in the region, Camila’s observation gives me an extremely ominous feeling. The imperialists want to destabilize Latin America the same way they’ve done to Africa. And do so not just to the anti-imperialist countries Nicaragua, Cuba, Venezuela, and Bolivia, but to the countries that are undergoing a rise in class struggle; in Haiti, Washington has used its Colombian mercenary proxies to assassinate President Moise, manufacturing a political crisis that amounts to a preemptive counterrevolution against the country’s growing rebel networks. They’ll employ these kinds of tactics to more and more of their Latin American neo-colonies as time goes on, ultimately hoping this chaos will spill over into the anti-imperialist countries. They want to burn the entire region down to sabotage its development towards socialism.

As the imperialists get their Bolivian proxies to destroy, steal, and slaughter in the same ways Washington’s TPLF terrorist proxies have done in Ethiopia, they’re exporting this chaos to all their other regional targets. The Cuban reactionaries who’ve been orchestrating this year’s mass vandalism campaigns within the country (which are facilitated by U.S.-financed mercenaries) have planned new “pro-democracy demonstrations” for this next week. Washington has gotten its imperialist partner Canada to start planning increased sanctions against Nicaragua, and potentially even a direct intervention in the country, despite how unpopular Latin American interventionism has become within Canada since the Bolivia coup’s atrocities got revealed. The Venezuela-Colombia border war that’s fueled by U.S.-backed narco-criminal groups is creating a humanitarian crisis for the most vulnerable groups, one where sexual abuse and human trafficking are rampant. This is the only recourse of an empire in decline: deal out as much damage as possible.

Featured image:  Cover illustration for the handbook of the School of the Americas, Washington’s Latin American coup training center