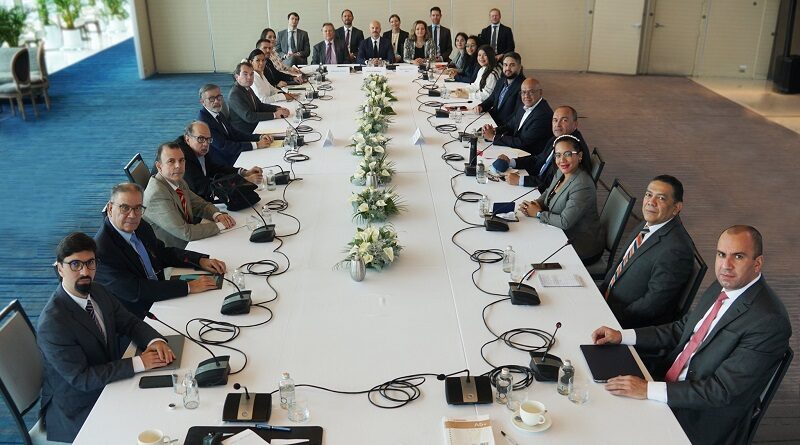 On Friday, October 8, Norway confirmed that the next round of the dialogue between the delegations of the Venezuelan government and the extreme right opposition will take place from October 17 to 20 in Mexico City, where the previous rounds of the dialogue were held.

In late September, just before the third round was to begin, an impasse had emerged between the Norwegian facilitating team and the government of Venezuela. However, on September 25, the head of the Venezuelan government delegation, National Assembly Deputy Jorge Rodríguez informed that it had been overcome in favor of continuing the dialogue, and the third round had gone on as planned.

“We consider this impasse to be over,” Rodríguez had stated at that time, “and we stand together with the facilitating team from the Kingdom of Norway, as well as accompanying countries—the Russian Federation, the Kingdom of Netherlands, and the host country, Mexico, who have collaborated in this arduous dialogue with the oppositions of our country.”

On that occasion, Rodríguez stated that he continued, with the same determination and capacity, to try to comprehend the adversary (the oppositions), and stressed that the purpose of the dialogue is to defend the truth and dignity of Venezuela.

Featured image: The Venezuelan government and opposition delegations in the third round of Mexico Talks. Photo: Twitter / @NoruegaMexCA