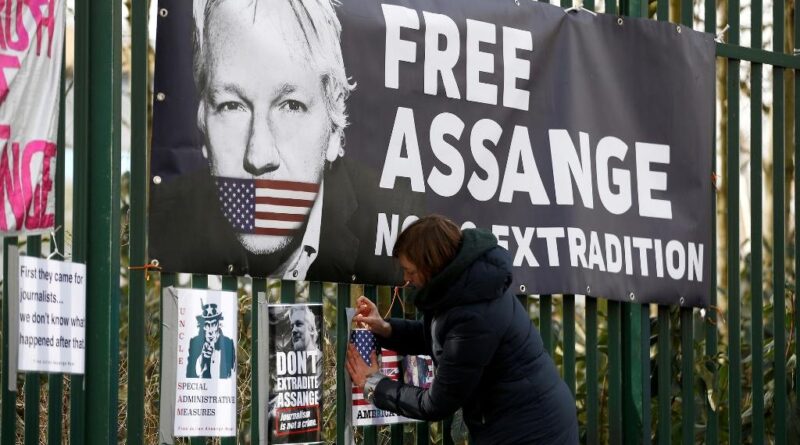 As of this writing, it has been three days since the Icelandic newspaper Stundin broke the story that a key witness in the US government’s case against Julian Assange had fabricated allegations against the WikiLeaks founder. And yet, somehow, Assange is still in prison.

Weirder still, not one major western media outlet outside of Iceland has reported on this massive and entirely legitimate news story. A search brings up coverage by Icelandic media, by Russian media, and by smaller western outlets like Democracy Now, World Socialist Website, Consortium News, Zero Hedge and some others, but as of this writing this story has been completely ignored by all major outlets who are ostensibly responsible for informing the public in the western world.

It’s not that those outlets have been ignoring Assange altogether these last few days either. Reuters recently published an interview with Assange’s fiance Stella Moris. Evening Standard has a recent article out on Assange’s plans to marry Moris in Belmarsh, as does Deutsche Welle. It’s just this one story in particular that they’ve been blacking out completely.

I don’t think one US or UK newspaper has reported this. The free press is incredible. https://t.co/NpkCpa2kdN

And it’s not that the mainstream press are unaware of this story. Mainstream western reporters spend a lot of time on Twitter, and Assange’s name was trending in the United States after the Stundin story broke. Tweets about the article by high-profile accounts like WikiLeaks and Edward Snowden have many thousands of shares each. They’ve all seen the article. They all know it’s newsworthy. They’re just choosing not to report on it.

It reminds me of the blanket media blackout that occurred while the Organisation for the Prohibition of Chemical Weapons was hemorrhaging leaks revealing a US government-tied coverup in the alleged chlorine gas incident in Douma, Syria. Immensely newsworthy stories were breaking every few days on a major international scandal, yet not a peep was made about it by the mainstream press.

We got some insight into what happens in mainstream newsrooms during such bizarre circumstances when journalist Tareq Haddad leaked the emails from his editors at Newsweek refusing him permission to write about the unfolding OPCW scandal. Haddad’s pitch was rejected by editor Dimi Reider on the basis that other bigger outlets hadn’t written about it.

“Leak has been out since weekend,” Reider wrote. “It’s certainly no scoop. Yet despite the days that passed, not a single respected media outlet – many of whom boast far greater regional expertise, resources on the ground and in newsroom than Newsweek does – have taken the leak remotely seriously. Which already yesterday made my wonder how we could or why we should.”

Reider was supported by Newsweek‘s digital director Laura Davis, who told Haddad his pitch was being rejected because “the leak found zero to no traction among publications which are highly resourced and experienced on Syria.”

And that’s just pretty darn convenient for the powerful, is it not? Assuming other mainstream news outlets feel the same, this means they’re all generally following the lead of just a handful of top-tier publications like The New York Times, The Washington Post, The Wall Street Journal and The Guardian. If just those few outlets decide to ignore a major news story that’s inconvenient for the powerful (either by persuasion, infiltration or by their own initiative), then no one else will either. As far as the media-consuming public is concerned, it’s like the major news story never happened at all.

As far as we can tell from searches, not a single 'mainstream' UK newspaper has covered this major development in the #Assange case. Nor has BBC News.

The discipline, or blindness, to ignore awkward facts is a reliable feature of corporate 'journalism'.https://t.co/DMOUD568j5

Western mass media outlets are propaganda. They are owned and controlled by wealthy people in coordination with the secretive government agencies tasked with preserving the world order upon which the media-owning plutocrats have built their kingdoms, and their purpose is to manipulate the way the mainstream public thinks, acts and votes into alignment with the agendas of the ruling class.

You see this propaganda in the way things are reported, but you also see it in the way things are not reported. Entire news stories can be completely redacted from mainstream attention if they are sufficiently inconvenient for the mechanisms of empire, or only allowed in via platforms like Tucker Carlson Tonight and thereby tainted and spun as ridiculous right-wing conspiracy theories.

If newsworthiness and significance were what governed mainstream news media reporting, instead of the agendas of profit and power, we’d constantly be hearing about the people dying in Yemen and the brutal income inequality in the United States. And the fact that the most powerful government in the world is persecuting a journalist for telling the truth would be at the forefront of everyone’s awareness, instead of the mountain of smears they have heaped upon Julian Assange.

I worry sometimes, who will explain this stuff with this level of detail, if they put me in jail?
Worth noting that the Thordarson saga has never been reported by mainstream media outside Iceland.https://t.co/sq5hu8PDiV

I sometimes get people telling me that some news stories are meant to “distract” us from other, bigger news stories, like this is something the imperial narrative managers do especially on some occasions but not all the time. In reality, distraction is never nothappening, because every single day the plutocratic media pull people’s attention away from the pressing issues of the moment like ecocide, poverty, oppression and mass military slaughter to get them talking about Cardi B’s baby bump and Marjorie Taylor Greene’s latest doofy publicity stunt.

We are being lied to. Constantly, and in more ways than we realize. By omission, by distortion, by half-truths and by outright deception. Our minds are being actively messed with by powerful people with limitless resources to ensure their continued domination of the planet at any cost. Our very perception of reality is being assaulted on myriad fronts. Until humanity finds a way to wake itself up from its propaganda-induced coma, the abuses of the powerful will continue.