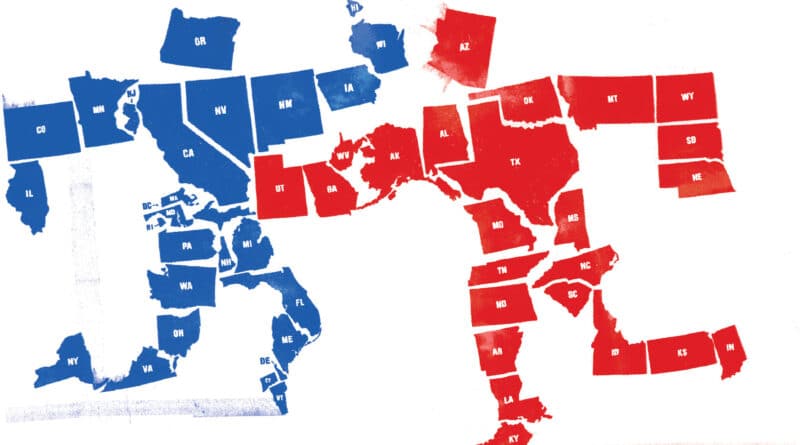 The defeat of President Donald Trump in the November 3 elections is an irreversible fact. It was achieved by the tacit alliance of diverse and even antagonistic social forces, which made the reelection of the magnate impossible. So far Trump has not presented proof of the alleged fraud and all the lawsuits filed by his lawyers have been dismissed, except one, but it does not change the results. The victory of the Biden-Harris formula is not overwhelming but it is very clear, as I argued in this space the day after the elections (Goodbye Trump?). At that time, one could already see the sure victory of the Democratic ticket in several key states, or the favorable trends in others, which could provide a victory the Electoral College.

The proclamation of Biden’s triumph by the hegemonic media, including the ultra-right-wing Fox, responds to an old tradition in a country where there is no national electoral arbiter. In the same way, as David Brooks observed, when the victory of Trump in 2016 was announced, he immediately received the acknowledgments with pleasure. The tradition this time has been interrupted when the magnate refuses to accept the published result as all his predecessors have done. This attitude, which several of us had predicted, is not surprising. For months, he himself discredited the postal vote as fraudulent and claimed that he could only lose the election if the Democrats cheated him. It was known that his narcissism, fueled by lunatics like Pompeo, would prevent him from accepting an adverse outcome and lead him to entrench himself in the White House.

RELATED CONTENT: The US Presidential Elections and the Prospects for Peace

The possible victory of Trump’s presidential candidacy did not suit a wide range of forces, different and in some cases very opposed to each other. It did not suit the global financiers because of Trump’s unpredictable and conflicting relationship with America’s traditional allies – particularly the European Union -, because of his support and sympathy for wild right-wing extremists like Bolsonaro or his European counterparts, or because of his refusal to accept – even formally – the rules of multilateralism, which led him to abandon the Paris agreement on climate change, the 6+1 nuclear treaty with Iran, the World Health Organization and the UN Human Rights Council. Neither do the left and progressive forces of the United States accept, from authentically democratic positions, Trump’s unilateralism, his contempt for democracy and human rights, his ultra-wild version of continental neoliberalism, his racist, xenophobic positions, his cruel reinforcement in the midst of the pandemic of the blockades of Cuba and Venezuela, and his denial of the existence of the Palestinian people, among many other outrages that make up a policy that is closer and closer to neo-fascism. Several of these reasons also make the liberals, as well as a majority of young people, women, blacks and Asians, vote for Biden. But even if the Democrats took them for granted it was the massive turnout of Latinos like never before that put them over the top especially in the so-called battle ground states.

Clearly, the millions on Wall Street and the Democratic electoral machine were not enough to defeat Trump. The call to vote for Biden by Bernie Sanders, Alexandria Ocazio-Cortez and other progressive references of the Democratic Party, added to the impulse of Black Lives Matter and other social democratic forces, was decisive.  Trump is a scoundrel, a person who has no sense of decency. But he is also an extraordinary demagogue, a great communicator, a connoisseur of the psychology of the average American, which makes him a formidable candidate in a system in terminal crisis, with important sectors invaded with despair, fear, the most hurtful inequalities and, often, great ignorance. Somehow he will leave or be forcibly removed from the White House before noon on January 20, 2020. But if he does not end up in prison for one or more of the many judicial processes he has pending, he will continue in politics with the great capital of his followers, who are not Republican politicians, who depend on him. In any case, the man has managed to assemble the largest right-wing movement with fascist overtones in American history, a serious danger that other lurking demagogues can use.

A Biden administration can look like an overloaded Obama administration, and it is time to build a grand coalition, uniting all democratic and progressive forces to demand free health care and education from Biden-Harris, drastic measures against racism and police violence, downward redistribution of wealth, a grand green deal, international peace policy, and an end to the blockades of Cuba, Venezuela, and other countries. Paradoxically, this is what could perhaps happen with a little more political life to it.