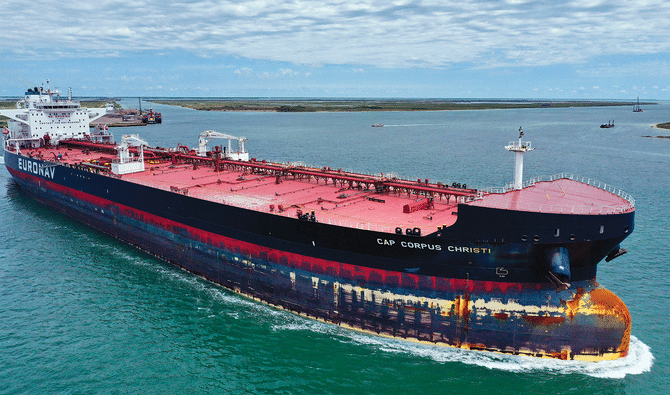 US sanctions and threats have forced a number of oil corporations to cease their dealings with Venezuela’s PDVSA.

Mérida, November 12, 2020 (venezuelanalysis.com) – The Venezuelan oil sector continues to struggle under the weight of US sanctions.

The latest Organization of the Petroleum Exporting Countries (OPEC) monthly report placed the Caribbean nation’s oil output in October at 367,000 barrels per day (bpd) according to secondary sources. The number represents 25,000 bpd drop compared to September.

The data reported directly by state oil company PDVSA shows a different trend, with output at 473,000 bpd, up from 397,000 bpd in September.

The US Treasury Department has levied successive rounds of crippling sanctions against Venezuela’s oil industry, including financial sanctions in August 2017 and an oil embargo in January 2019. The embargo was later upgraded to a blanket ban on all dealings with Venezuelan state companies. PDVSA’s oil output fell sharply from 1.911 million barrels per day (bpd) in 2017 to just 796,000 bpd in 2019, with a further drop in recent months.

Washington ramped up measures in 2020 by imposing secondary sanctionsagainst Rosneft, as well as targeting shipping companies and vessels.

The latest moves sought to drive away the remaining companies dealing with PDVSA or operating in Venezuela. The Trump administration moved to terminate the exemptions that allowed corporations such as Chevron to continue running joint ventures in Venezuela and the special authorizations for crude-for-fuel or crude-for-diluent swap deals.

As a consequence of the latter, companies including ENI (Italy), Repsol (Spain), Reliance (India) and Tipco Asphalt (Thailand) loaded their final cargoes in recent weeks ahead of Treasury-imposed deadlines.

The latest wind-down saw crude inventories fill up once more, forcing PDVSA to cut down operations. However, exports could be set for a rebound in the coming weeks with reports that 18 oil tankers are expected to load Venezuelan crude.

US sanctions have implied growing challenges for PDVSA to export oil, with the company increasingly resorting to offshore loading and indirect sales whereby the crude is transferred several times before reaching its final customer. Vessels have also been forced to hide their locations as well as change flags and information.

US oil sanctions and the clampdown on swap deals have also generated widespread fuel shortages in the South American nation. The Maduro government turned to Iran for cooperation, with Tehran sending fuel shipments and assisting in restarting Venezuelan refineries.

The Cardon and El Palito refineries were reactivated in recent months but frequent spills and technical failures have repeatedly halted operations, most recently in October. Nevertheless, union sources reported that both refineries are now back up and running, with El Palito currently producing 35,000 bpd of fuel and Cardon between 25,000 and 30,000 bpd.

Featured image: A host of oil tankers are expected to load Venezuelan crude in the near future. (AFP)