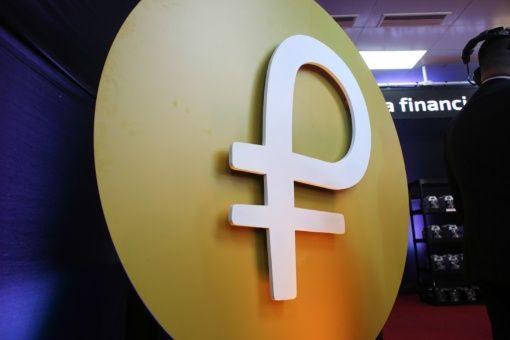 Fighting the attack on the currency remains the strategic and main objective in the framework of this unconventional war that imperialism has declared against the Venezuelan people.

Kurt Tidd, head of the US Southern Command in 2018, proposed, as part of his objectives to overthrow the Bolivarian revolution:

“Encourage popular dissatisfaction by increasing the destabilization process… Increase internal instability at critical levels, intensifying the decapitalization of the country, the flight of foreign capital and the deterioration of the national currency, through the application of new inflationary measures that increase this deterioration… ”

In an open way, one of the enemy’s strategies has been to attack our currency to induce hyperinflation with everything it implies: destruction of wages, collapse of purchasing power, decrease in national consumption of goods and services, contraction of national production, definancing public administration, precariousness of all public services, deterioration of the quality of life. In the doctrine of the constructive chaos of unconventional wars, currency is that variable that, when manipulated or attacked, triggers chaos in all areas of the economy.

Applying the logic: if the attack on the currency is what unleashes all economic destabilization and therefore social and political, we must prevent, at all costs, that its price be manipulated by a third party. We must strengthen it, shield it, forge a shield.

Now, which currency should we strengthen? That used to set the prices of all goods and services in the economy, including wages. How should we strengthen it? Supporting its value in tangible, verifiable and measurable assets that, incidentally, we have to spare. The attack on the currency as an unconventional weapon uses the fiduciary condition of the currencies, that is, the fact that its price is based on something as ethereal as “trust” (fiduciary means trust). What the enemy does is an attack on the confidence / distrust of the currency and manipulates its price. When supporting it in verifiable assets, its price will depend on something measurable.

Call it sovereign bolívar, petro, petro-bolívar, bolívar-oro or petro-bolívar-oro; whether it is encrypted, virtual, made with recyclable paper, high security paper, with silver or with spikes, what we should never lose sight of is that the currency used to set and pay all prices and salaries in the economy must be backed up in verifiable assets to prevent them from manipulating its “trust.”

It seems, with the December trial, that the petro, backed directly by oil, gold, iron and diamonds, seeks to fulfill that role of national currency with which prices, wages may be fixed and also be used in daily transactions.

In this regard we allow ourselves to make some suggestions related to the economic aspect. We leave the legal to the constitutionalists and the constituents. In the technological thing, let the experts in the matter take care of that.

Either it is the bolivar or it is the petro. The two currencies may not circulate within the economy. They will meet Mr. Gresham who showed that when two coins circulate simultaneously, the strongest will displace the weakest. As long as the bolivar’s trust continues to be attacked through criminal portals and as long as the petro keeps its price backed by assets (to which we suggest to raise the weighting of gold and diamond above oil and iron) the petro will displace the bolivar. Constitutionally it is a task to be solved.

The only way that both currencies coexist is that the bolivar is that of national circulation, of course backed directly by assets (preferably gold) and not indirectly as it was erroneously anchored to the petro. For its part, the petro, also backed directly by assets, should be used only as a currency without circulating internally. The conversion between both currencies should not be an anchor but will depend on the price that each one has depending on the assets that support them.

If the intention is for the petro to replace the bolivar, it must do so by setting not only the prices of the goods and services, but also the salary that must be paid in petros. The criterion for setting the salary in petros should not be referring to the salary in dollars of other countries’ currencies and then with a “rule of three” calculate it in petros. The criterion in revolution is that the minimum wage must cover at least the entire basic basket.

Under no circumstances can it be justified that in revolution it is the working class that carries the weight of economic warfare. Among the many policies that allowed Chavez to reduce poverty by 57% in less than 10 years, there are two: 1) adjust wages in the same proportion as the price increase. In this way, the gap between prices and wages was closed, and 2) control the prices of those much needed goods produced and distributed by transnationalized monopolies.

It is inconceivable that today, in revolution, the wage-earning class, which represents 97% of the employed population (about 12 million workers), corresponds only to 18% of all that is produced, while the bourgeoisie, which is 1% of the population (around 400,000 people) own 41% of everything that is produced. There is much room to increase wages, it is a matter of redistribution in which the bourgeoisie must yield its exaggerated profit.

Let’s make some calculations, today with 18 baguettes the owner of the bakery, for example, pays the minimum wage for one month to the worker that baked the breads, but the one who baked the bread needs to work 2 days to buy 1 of the breads he baked. Surely dozens of loaves are baked in one day.

With ½ petro the basic basket wont be covered.

One issue to be solve, if the petro will replace the bolivar, is cash. Before the economic war, about 10% of the total amount of money corresponded to paper money. With the shortage of cash, as a consequence of the induced hyperinflation, the banking system increased and most of the transactions are made electronically, however, 1% of the total money in the economy continues to circulate in paper money.

The enemy does not rest and will not rest as long as he does not achieve his goal, which is why in this unconventional war we cannot trust that only one measure, such as supporting the national currency, is sufficient.

We have insisted that the strengthening of the national currency, called bolívar-oro, petro, petro-bolívar or petro-bolívar-oro, must necessarily be accompanied by the recovery of our international reserves. For this, it is urgent to recover oil exports, that is, oil production. We have also proposed to monetize gold in the vaults of the BCV and increase our gold reserves.

It was a serious mistake to have released the currency exchange market. It is a license for our currencies to escape to the detriment of our international reserves that since August 2018 to date have decreased 21%, which also shows that the long-awaited foreign investments have not arrived due to the fact of having lifted the currency exchange control.

No one said it would be easy to build Bolivarian socialism of the 21st century, much less under permanent siege. We are aware of it. Or we invent or err, but lets correct the mistakes.