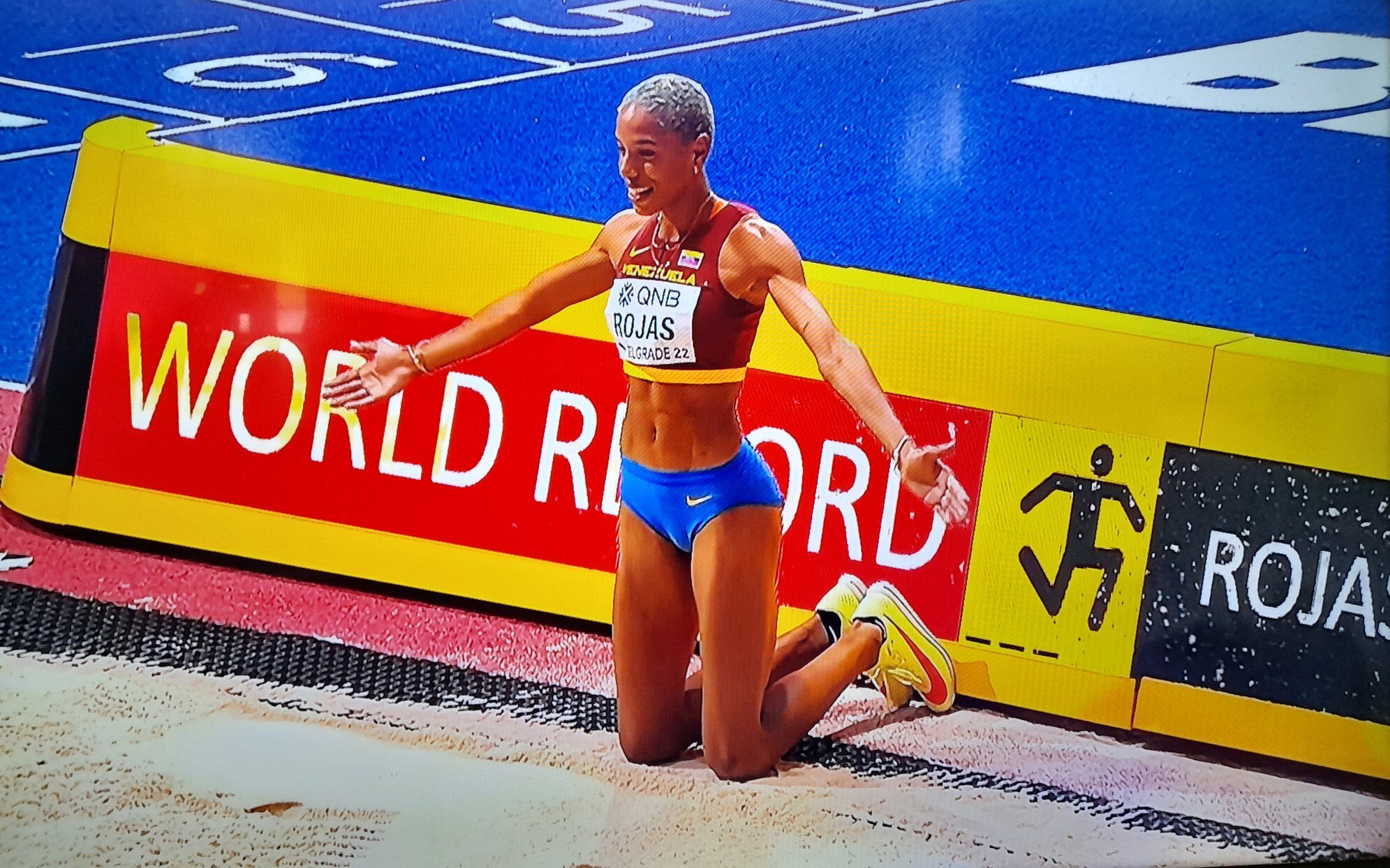 The greatness of the queen of the triple jump has no end: Venezuela’s Yulimar Rojas continues to increase her unstoppable and enormous track record in world athletics.

Rojas conquered the Indoor World Championship this Sunday, March 20, held in Belgrade, Serbia, after completing a jump of 15.74 meters that catapulted her to the top of the podium and also set a new indoor world record, thus surpassing her own Olympic record set at the Olympic Games in Tokyo 2020, of 15.43 meters.

With this new crown, the Venezuelan marks another milestone in the sport by becoming the first woman in the entire world to win the World Cup three time in a row, after winning gold in Portland 2016, Birmingham 2018 and now Belgrade 2022.

The action
The “Negrita del Tumbao,” as they call her in Venezuela, looked quite comfortable during the competition, her first jump was the one that immediately led her to dominate her rivals (15.19m), the second attempt was null and the third jump was recorded at 15.04 meters.

Then, for her fourth attempt, the world record holder’s jump was not valid. But the spark of this Venezuelan athlete did not take long to resurge with another great jump of 15.36 meters and she continued leading in her 5th jump.

For her last jump, our Olympic champion kept the best artillery for last, and with great ease she achieved the best jump of the tournament and the most outstanding so far in her career. With a jump of 15.74 meters, Yulimar Rojas flew on the Belgrade track to set a new world record.

Unstoppable ‘Yuli’
The Venezuelan three-time world champion is unstoppable in the triple jump, each jump exceeds the previous one and now she holds the top record with a new mark of 15.74 meters. This comes as a significant increase from her previous records of 15.43 meters in the Olympic event held in 2021, and 15.41 meters in 2019.

The triple jump has been part of the indoor world championships since 1993 in the Toronto edition and only the Russian athlete Tatiana Lébedeva was the first two-time gold medalist in Budapest 2004 and Moscow 2006.

With this Sunday’s performance, Rojas is the first to win the triple crown.

For her part, the Ukrainian athlete Maryna Bekh-Romanchuk obtained the silver medal with a record of 14.74 meters, likewise, the Jamaican athlete Kimberly Williams won bronze by jumping 14.62 meters.