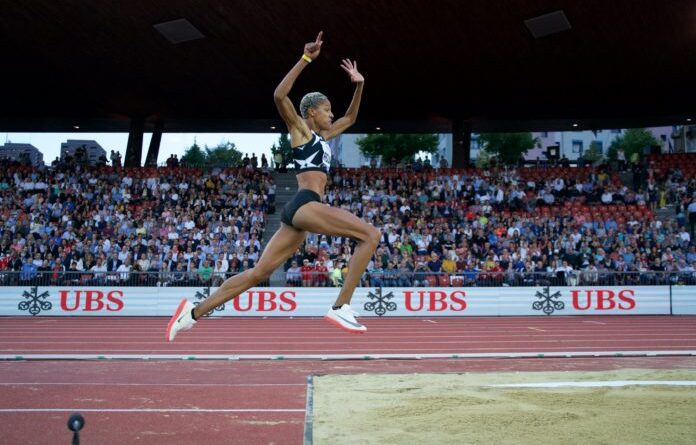 The queen of queens, in the world of athletics, has triumphed again. Venezuelan triple jumper Yulimar Rojas won her first Diamond League championship with a jump of 15.48 m in her last attempt in the women’s triple jump final of the Diamond League in Zurich, Switzerland.

With all eyes on her, due to expectations generated by her participation in the meet in Zurich, a first jump of 15.27 meters was enough for her to win the grand final of the Diamond League.

Although she did not exceed her Olympic mark of 15.67m, with which she broke the Olympic record and the world record, she did manage to break the League and Meet records with the third best mark in history.

In reality, the initial goal that the Venezuelan athlete and her coach, Iván Pedroso, had set for themselves after the Tokyo 2020 Olympic Games was to improve the record. However, the most important thing was to win, and in that Yulimar succeeded.

With the Diamond League title practically assured in her first jump, Rojas took risks in the following jumps in search of the coveted record, but luck was not with her. She got three consecutive nulls. On her last chance she improved on the first one. However, despite jumping 15.48 meters (third best of all time), she could not reach her desired mark.

In any case, the rest of the participants could not overcome the barrier of 15 meters, with Shanieka Ricketts coming in second with 14.64m and Kimberly Williams came third with 14.47m. These results gave Rojas the Diamond title and to be the leading lady of triple jump in the world.

“I’m very happy,” explained Rojas. “I do not have enough words because this was one of the goals that I have always had: to win the Diamond League.” With her 15.48m at this League, Rojas holds the three best marks of all time in her event.

“The third time is lucky,” added the 25-year-old athlete. “I feel that I am in my best shape and that we are getting closer to 16 meters. It is a question of continuing to jump and continuing to work hard with my coach Iván [Pedroso] because he is the fundamental piece of all this that we are achieving in the history of athletics.”

Highlights of Yulimar’s record include the Olympic gold in Tokyo, a silver in Rio 2016 Olympics, two outdoor world titles (London 2017 and Doha 2019), and two indoor titles (Portland 2016 and Birmingham 2018).

The Olympic and world champion aspires to return to Venezuela soon to experience these achievements with her people.

In her record, she has: