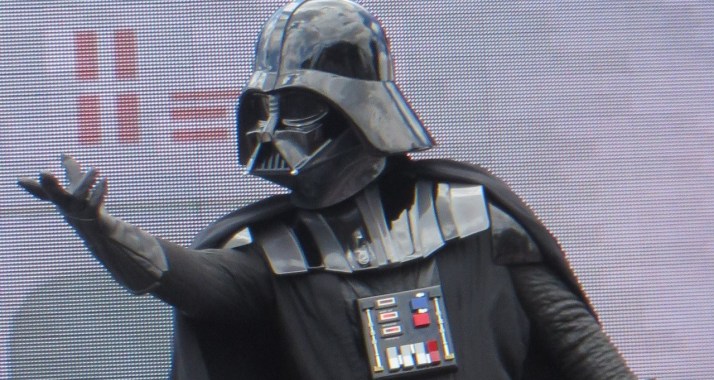 International Opinion
March 24, 2019May 29, 2019 Ben Norton Bolton, Darth Vader, US Imperialism, US Officials the best of the best, US Sanctions

A Trump administration official bragged that US sanctions on Venezuela are “like in Star Wars when Darth Vader constricts somebody’s throat.”

Trump administration officials are now publicly boasting about how their sanctions are suffocating Venezuela, comparing them to the iron grip of the diabolical villain of Star Wars.

The menacing language comes at the same time when the United States is overseeing a coup attempt in the oil-rich country, which the Trump White House claims is aimed at protecting “human rights.”

A senior US government official bragged at a briefing on March 22, “The effect of the sanctions is continuing and cumulative. It’s sort of like in Star Wars when Darth Vader constricts somebody’s throat, that’s what we are doing to the regime economically,” according to a report by Univision.

US tightens the screws on Venezuela’s #Maduro with banking sanctions.
US official says cumulative sanctions have #Venezuela in a “Darth Vader” style grip around the throat. The new sanctions come in response to detention of Guaido’s chief of staff. https://t.co/U4JT3cOASM pic.twitter.com/DR0jh5I7gx

The Trump administration expanded its aggressive sanctions against Venezuela on March 22, targeting the state-owned Venezuelan Economic and Social Development Bank (BANDES) and four more affiliated banks. Russ Dallen, the managing director of the Venezuelan investment bank Caracas Capital, told Univision, “It sounds like they want to make Venezuela radioactive. They want to choke off the money flow.” US sanctions have bled Venezuela of many billions of dollars. Venezuelan civilians have suffered gravely, as Washington’s explicit campaign of economic warfare has prevented Caracas from importing medicine and medical equipment. Economist Mark Weisbrot, a co-director of the Center for Economic and Policy Research and leading expert on Venezuela’s economy, told The Grayzone in a recent interview that the Trump administration’s 2017 sanctions on Caracas established a de facto “financial embargo.” Weisbrot added that the sanctions on Venezuela that were expanded in early 2019 “are very definitely among the worst sanctions ever imposed by the US on any country, if not the worst.”

More impact of the Trump sanctions that will deprive millions of Venezuelans of food and medicine; that is the strategy, targeting civilians, as in Yemen. From CNN: pic.twitter.com/l5Q853XRTN