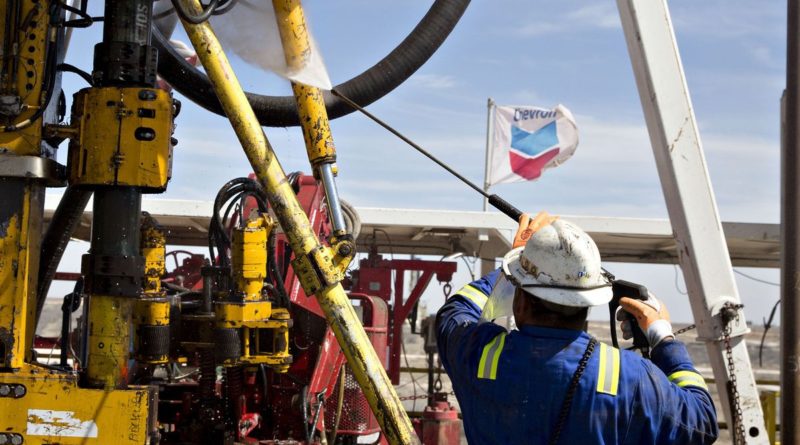 The latest measures followed reports of fresh dialogue between the government and the opposition.

The Treasury’s Office of Foreign Assets Control (OFAC) issued a temporary license Tuesday authorizing Chevron transactions and activities “necessary for safety or the preservation of assets in Venezuela” or “necessary to the wind down of operations, contracts, or other agreements” with Venezuelan state oil company PDVSA.

The US multinational is now forbidden from drilling, selling and buying Venezuelan crude, or transporting it. Infrastructure work such as repairing oil wells is allowed only “for safety reasons,” while dividend payments to PDVSA are likewise prohibited.

According to Reuters, the move was seen as a “compromise” in the Trump administration, between those who believe the company leaving would weaken the Venezuelan government and others who defend keeping a “corporate beachhead” in the country.

Chevron is the last remaining US oil firm still active in Venezuela’s petroleum sector. Since last year, the company has been the beneficiary of a series of renewable 90-day waivers that exempted it from US oil sanctions. Chevron currently runs four joint ventures with PDVSA, the largest being Petropiar in Venezuela’s Orinoco Oil Belt. Petropiar had recently cancelled service contracts following the precipitous fall in oil prices.

In January 2019, Washington imposed an oil embargo, barring US firms from drilling in Venezuela as well as exporting diesel and gasoline to the Caribbean country. The measures were later escalated to a blanket ban on dealings with Venezuelan state firms, authorizing secondary sanctions against third party actors.

What ever…it looks more like a good excuse to withdraw when the oil market is in its worst depression ever…nice try Donald…but again you are failing…who wants chevron with the WTI at -35? https://t.co/TMMdDeDb3C

In recent months, the US Treasury Department blacklisted two subsidiaries of Russian oil giant Rosneft, prompting the firm to transfer its Venezuela operations to an unknown company belonging to the Russian state.

Long relying on crude exports for upwards of 95 percent of its hard currency earnings, Venezuela has been hard hit by US sanctions as well as the recent crash of global oil prices. On Monday, prices fell to an unprecedented low of -$38 per barrel due to the combined impact of an ongoing price war between Russia and Saudi Arabia as well as the collapse of demand brought on by the COVID-19 pandemic.

Washington’s latest measures against the Venezuelan sector comes amid reported conversations between the Maduro government and the opposition led by self-proclaimed “Interim President” Juan Guaido.

Reuters reported that there have been “exploratory talks” as the country faces the coronavirus pandemic. The news agency claims that, according to sources, topics discussed have included Covid-19, fuel shortages and US sanctions.

Guaido denied that any talks had taken place, claiming that the opposition was united behind his proposal of a “National Emergency Government” excluding Maduro. The opposition leader has also endorsed a US “democratic transition” plan unveiled last month that would see Maduro replaced by a power-sharing government in exchange for eventual sanctions relief.

Caracas rejected the US plan, which is not contemplated by Venezuela’s constitution, as “tutelage”. For his part, President Maduro has reiterated calls for dialogue with the opposition and international foes during the coronavirus pandemic.