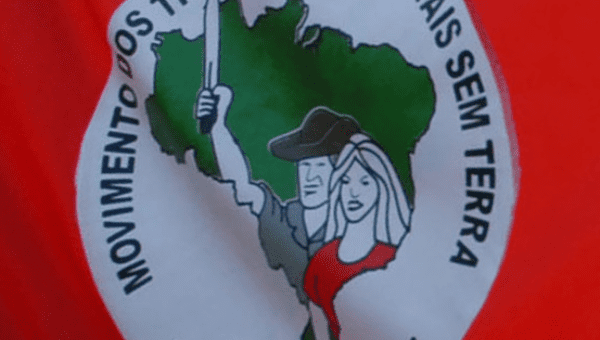 Two members of the Landless Workers’ Movement (MST)of Brazil were killed Saturday night in a rural area in the coastal state of Paraiba, gunned down by two hooded individuals.

Jose Bernardo da Silva and Rodrigo Celestino, both leaders from the MST, were gunned down by two hooded people at the Jose Maria Pires camp in the municipality of Paraiba. The murders took place on land MST families have occupied since July of last year that is also claimed by the Brazilian Santa Tereza Group that owns several luxury properties along the country’s Atlantic coast.

The assassinations took place at 7:00 p.m. local time Saturday while they were eating.

According to local police, an investigation is underway and they are looking for the authors of the crime.

“The weapons used were not automatic or semi-automatic. Looking at the gun casings found at the site, (the killers) used a shotgun, calibers 12 or 26, and a .38 caliber revolver. There were several shots,” said Alhandra military police commander.

The MST is demanding justice for the double homicide.

“We demand justice and that the guilty be punished,” the MST of Paraiba said in a statement released on their website.

The decades-old national land rights organization added: “In these times of anguish and doubts about the future of Brazil, we can not let those who hold the political and economic power to create our destiny. Therefore, we continue to reaffirm the struggle in defense of land to guarantee dignity to the rural and urban workers.”

Land dispute murders in Brazil reached 70 in 2017, according to the Catholic Church group, Comissão Pastoral da Terra (CPT), that’s one of the highest rates since 2003 when 73 people were killed in land conflicts.

Brazil’s President-elect Jair Bolsonaro whose inauguration will take place Jan. 1 strongly opposes the MST, accusing them of terrorism. The MST and other activists are afraid such rhetoric, and right-wing Bolsonaro’s decision to select five former military members to his cabinet could encourage more violence against the MST and Indigenous rights activists in less-patroled rural areas of Brazil.

The MST emerged in the 1970s to end the country’s longtime dictatorship and are internationally-known for their fight against corporate agriculture and the redistribution of abandoned land in Brazil.

Coroners will perform an autopsy on the two murdered.