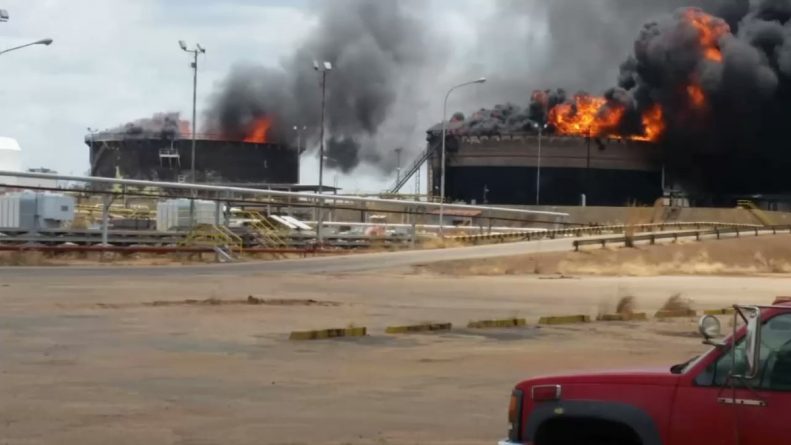 Two tanks exploded on Wednesday at the facilities of the Petro San Felix mixed oil company, located in San Diego de Cabrutica, in the state of Anzoategui, in eastern Venezuela, reported the oil minister of the South American country, Manuel Quevedo.

“Justice will take care of so much hatred shown towards the people,” the official wrote.

On the other hand, the commander of the Eastern Integral Defense Strategic Region, William Serantes Pinto, reported that the fire was controlled and that  there were no injuries or victims , said AVN .

Serantes added that the explosion affected one tank of diluent and one of residual oil, each with a capacity of 80,000 liters.

The tank fires in oil installations occurred  a day after the President Nicolas Maduro declared the  overcoming of the electric “attack” that his administration attributes to the US Government and members of the Venezuelan opposition, headed by the president of the National Assembly (AN), Juan Guaidó.