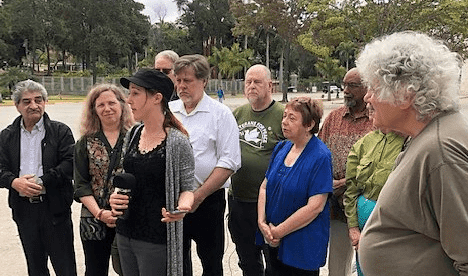 Caracas, March 13th, 2019 – A U.S. Peace Council Delegation of 13 people representing anti-war organizations from the United States and Canada arrived in Venezuela this week on a solidarity mission with the Venezuelan people and the Maduro government at a time of unprecedented attacks by the U.S.

The latest is a cyber-attack and sabotage of the entire electrical system, which resulted in a total blackout of the country with the aim of provoking the people to rise up against their government. Despite the hardships of no electricity and water, this attack failed as people rallied around their government and the gains of the Bolivarian revolution. As of Wednesday, March 13, 75% of the power has been restored and by Monday it will be fully restored.