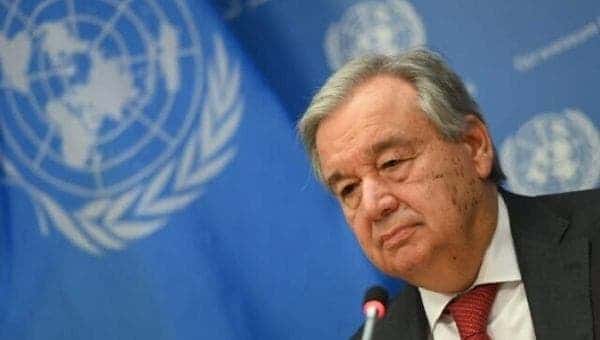 The UN Secretary-General urges a new social contract to combat the “inequality pandemic”.

July 20, 2020.- Amid the global challenge of COVID-19, the UN Secretary-General Antonio Guterres urged everyone on Monday to take up a new social contract to combat the “inequality pandemic,” at a UN event marking the weekend’s observance of Nelson Mandela Day.

In his message to the virtual General Assembly commemoration, Guterres praised the legacy of whom he described as one of the greatest leaders of our time, a moral giant who still guides us today.

“As long as poverty, injustice and gross inequality persist in our world, none of us can truly rest,” said the UN chief quoting Madiba, as he’s known affectionately by South Africans.

Guterres stated that maintaining that inequality damages everyone; it is a brake on human development and opportunities.

Discrimination is not only associated with unfair international relations, he added, but also with economic instability, corruption, financial crises, increased crime, and poor physical and mental health. “The answer lies in a New Social Contract, to ensure economic and social justice and respect for human rights,” stressed the UN Secretary-General.

#COVID19 has been likened to an x-ray, revealing fractures in the fragile skeleton of the societies we have built.

It has reinforced the need for solidarity more strongly than ever.

We belong to each other.

Guterres also referred to the persistent plague of racism, calling it an abomination that violates the UN Charter, insults our core values, and must be combatted in all its manifestations.

RELATED CONTENT: Trump Endorses Wearing a MASK Against Covid-19 After Weeks of Criticism, is Immediately Blasted for Being too Late

During the tribute to the first democratically elected South African President and global civil rights icon, Guterres recalled our collective responsibility in the quest for a better future of dignity, opportunity, and prosperity for all people on a healthy planet.

The Secretary-General extended his warmest congratulations to Marianna Vardinoyannis of Greece and Morissana Kouyate of Guinea, the 2020 laureates of the UN Nelson Mandela Prize for their long-standing commitment to human rights, access to health care, and the empowerment of women, girls and the most vulnerable in society.