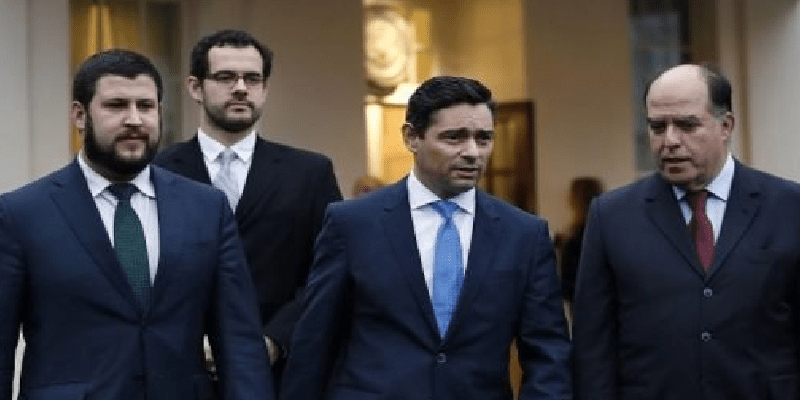 The fugitive from justice David Smolansky, who calls himself the OAS commissioner for the crisis of Venezuelan Refugee Migrants, said that members of the Venezuelan administration who have been infected by Covid-19, were infected by humanitarian shipments from Iran and not because they have been active in daily street work to resolve the situation caused by the pandemic.

“Iran recognizes that there are 25 million Iranians infected with Coronavirus. How many Iranian flights have arrived in Venezuela during the pandemic? At least 17, in addition to the five gasoline tankers. It’s not the Venezuelan migrants returning to the country, ” posted Smolansky on his twitter account, who was one of the main promoters of the rampant migration of Venezuelans to other countries a few years ago and now lives comfortably in the US doing nothing for them.

Regarding Smolansky’s Iranian theory, he added that “today the top hierarchy of the (Venezuelan) regime is infected with Covid-19” by “several Iranian flights and ships.”

Since the Covid-19 quarantine restrictions began in Venezuela more than 70,000 Venezuelans have returned to the country to seek to escape the Covid-19 catastrophe, misery and street situation into which they fell after emigrating abroad, in addition to reuniting with their families at home.

Maduro’s administration has imposed strict quarantine measures on all its nationals providing them with free Covid-19 tests, free hotels and food and free transfer to their cities of residence after finishing the 14 days quarantine. Many of them arrive infected and also receive free treatment and the government estimates that between 3-5 thousand enter the country using illegal trails to avoid the quarantine measures.

“There is despair on the part of Venezuelans who want to return to the country and who use irregular routes, such as trails, because their passage has been restricted,” says Smolansky, referring to the strict sanitary controls placed on the Venezuelan border to protect the entrance of nationals who may arrive infected from another country.

Featured image: David Smolansky and his “3 amigos” after receiving orders from the White House. File photo.