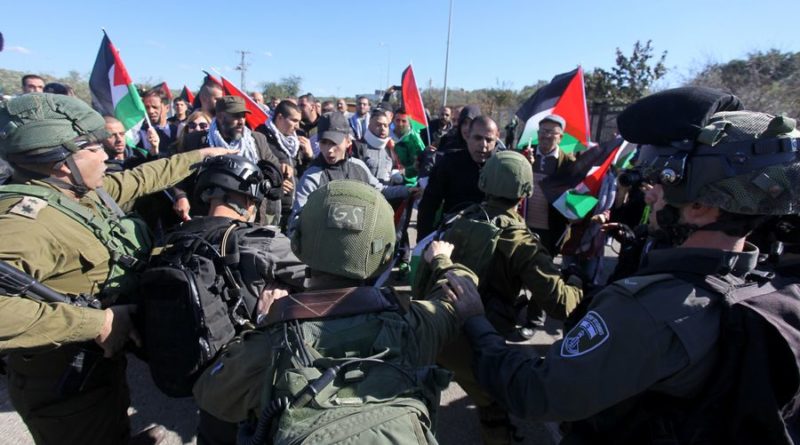 In response to the de facto UN blacklist of companies operating in Israeli settlements in occupied Palestinian territories, Palestinians call it “a step toward foiling attempts to legalize them” while Israel denounced it as “biased” and “shameful.”

Ramallah/Jerusalem, Feb. 12 (Xinhua) — The Palestinians hailed on Wednesday the UN High Commissioner for Human Rights (UNHCHR) for releasing a list of companies that do business in Israeli settlements in the occupied Palestinian territories, while Israel denounced the list as “biased” and “shameful.”

In a statement, Palestinian Prime Minister Mohammed Ishtaye said the UN list “is a step toward exposing the settlements and foiling the attempts to legalize them.”

“The decision is an implementation of the international resolutions that reject the settlements,” Ishtaye added.

“The Palestinian government is ready to study the possibility of moving the factories of these companies to Palestinian towns and villages if they want to correct their mistake,” the prime minister noted.

It is worth noting that the UNHCHR list is part of the implementation of a decision made by the UN Human Rights Council in 2016.

“Whoever boycotts us will be boycotted,” Netanyahu said, adding he has already instructed his government to sever ties with the UN council.

Rejecting the publication of the 112-firm list, Israeli Foreign Minister Israel Katz said the list is a “shameful surrender to pressure exerted by countries and organizations interested in harming Israel,” according to a statement issued by his office.

Most of the firms in the list are Israeli ones, including banks and communication and construction companies. The list also includes some international companies.

Some 600,000 Israelis live in the heavily-secured settlements in Palestinian territories, which are illegal under international law.

The Palestinians condemn the settlements as an obstacle to peace between Israelis and Palestinians.

Featured image: Palestinian protesters clash with Israeli soldiers during a protest against the expanding of Jewish settlements, in the West Bank city of Qalqilya, Jan. 6, 2020. (Xinhua/Nidal Eshtayeh)