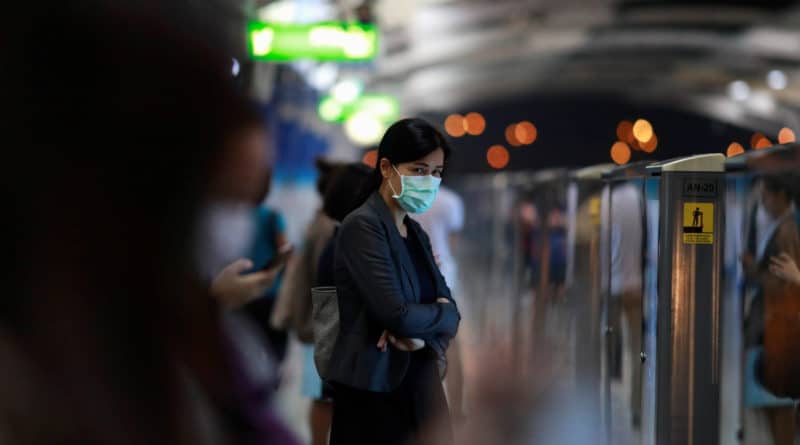 New York/Palo Alto, U.S.– The deadly coronavirus outbreak in China has fueled an upsurge in anti-Asian discrimination, hate speech and even violence elsewhere in the world, much of it reaching a global audience on social media.

A shocking video posted to Twitter on Tuesday shows a man attacking a mask-wearing Asian woman at a Manhattan subway station while cursing at her and shouting, “Don’t touch me!” The man called her “diseased,” according to Tony He, a New York resident who posted the video.

“What people are forgetting is that many Asians wore face masks way before the #coronavirus trend,” He wrote, adding that it has taken a “crisis just for people to notice them.”

“Incidents involving Asians never go viral,” he lamented. “People think we’re so docile and timid, and that ‘nothing ever happens to us.’ So if and when they do, they get swept under the rug.”

Canada, generally seen as more welcoming toward immigrants than its southern neighbor, has not been immune from virus-driven discrimination. An online petition in late January called for a school district in a Toronto suburb with a large Chinese population to keep students whose families had recently visited China out of school for more than two weeks.

The petition received about 10,000 signatures but was rejected by the school board. “Individuals who make assumptions, even with positive intentions of safety, about the risk of others [and] request or demand quarantine can be seen as demonstrating bias and racism,” the board said in a statement.

There have also been reports of bullying of Asian students, and a review of a Chinese restaurant in Toronto received a flood of racist comments on social media.

Asian people have related stories of being blatantly avoided in public in France, where Europe’s first confirmed coronavirus case emerged.

“People are insulted and kicked off public transit because they are Asian. It’s not just jokes/hatred on social media,” French journalist Linh-Lan Dao wrote on Twitter. Dao also posted a thread on Twitter decrying racist media coverage of the outbreak, including use of the term “yellow peril.”

The targets are not only of Chinese descent. An Instagram post by French luxury brand Louis Vuitton featuring a Japanese actress received a number of “coronavirus” comments. The brand took nearly a week to delete the problematic responses, fueling a firestorm of online criticism.

An individual identified only as Ms. Chen, 25, from Beijing, is a graduate student at UCLA. She and a friend were asked to leave a restaurant in the West Hollywood section of Los Angeles this week, because her friend was coughing.

“The crazy part is my friend is not even Chinese, she is Vietnamese and has never been to China,” Chen told the Nikkei Asian Review.

RELATED CONTENT: Cuba in the Struggle Against Coronavirus Epidemic

In an article on anti-Asian bigotry in France, Le Parisien newspaper quoted a Twitter user who said they would not sit next to someone Asian — even if they did not know if the person was from Wuhan or Seoul.

Another Twitter user posted a photo of a sign in a bar near Trevi Fountain, Rome on Jan. 31 which reads “Due to international safety measures, all people coming from China are not allowed to have access in this place. We do apologize for any inconvenient.”

Discrimination against Chinese has manifested even in Asia. The New York Times reported last week that a hashtag translating to “#ChineseDon’tComeToJapan” was trending on Japanese Twitter.

“At a time when China’s rise as a global economic and military power has unsettled its neighbors in Asia as well as its rivals in the West, the coronavirus is feeding into latent bigotry against the people of mainland China,” the newspaper wrote.

A man from Shanghai who only gave his surname, Ma, was on the last day of a ski trip with his Korean wife in Yongpyong, South Korea. The couple booked a sea-view suite in a hot spring resort in a nearby city. After a long day of skiing on Feb. 1, the couple drove 45 mins to the resort only to be told by the front desk that they couldn’t be checked in. The reason he clerk gave, Ma said, was because he was Chinese and it would cause an “inconvenience” to other guests.

Despite Ma showing evidence that they have left China 10 days ago and show no symptoms, the hotel turned them down. Ma complained about his experience in Weibo, and comments on the post shows at least four other Chinese tourists had similar experience in Korea.

In France, the hashtag #JeNeSuisPasUnVirus, or “I am not a virus,” is being used to call for an end to coronavirus-related discrimination.

“There is still a great deal of work to do to raise awareness,” Ya-Han Chuang of France’s National Institute for Demographic Studies said in an interview with Euronews. Chuang specifically noted a “need for educational work in schools and public institutions.”

“Regardless of the author’s view on China’s problems, the title alone stokes racism against the Chinese people. … Such reckless comments against innocent Chinese citizens will only encourage racism and incur repercussions against Chinese or other Asian ethnicities,” the petition reads.

Featured image: A woman wears a mask — now often used as a measure against the new coronavirus — as she waits for a train in Bangkok. © Reuters