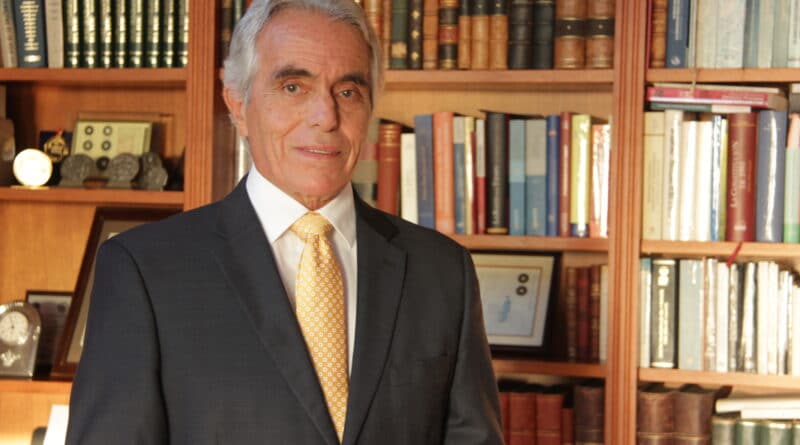 The alleged “2012-2016 Bribery Case” against former president of Ecuador Rafael Correa has once again been condemned at the international level as “political persecution,” with the United Nations Special Rapporteur on the Independence of Judges and Lawyers, Diego García-Sayán, issuing a forceful report that reveals a series of legal inconsistencies in the case.

From a technical legal point of view, the legal sentence on the “bribery case” has inconsistencies that are related to aspects of judicial independence, due to the harsh procedure that has been implemented and due to violations of due process, such as the fact that the Prosecutor’s Office of Ecuador used an indeterminate criminal definition by solely invoking the Political Constitution.

Given the general context, this would be a case of political persecution, taking into consideration the improper use of the apparatus of administration of justice in order to issue a conviction to prevent Rafael Correa’s participation in the February 2021 elections, commented Special Rapporteur García-Sayán. The disqualification of Correa was done by means of an accelerated judicial process, which did not have the basic guarantees of a fair trial nor the guarantees of due process.

The rapporteur’s report takes as reference the cases of the businessmen William Wallace Phillips Cooper and Víctor Manuel Fontana Zamora, in which various legal violations are mentioned in regard to a possible lack of judicial independence and impartiality of judges and other justice operators. This includes the Office of the Attorney General in that specific case, as well as in the general context of the judicial reforms carried out in the 2018 Referendum in Ecuador.

These judicial reforms were carried out within the framework of the institutional reform determined in the 2018 referendum and which created the Council for Citizen Participation and Transitory Social Control (CPCCS-T), which, among other things, modified the way of evaluating, appointing and replacing judges, in relation to possible interference from the executive branch. In April 2018, the CPCCS-T initiated a procedure for the evaluation of the Council of the Judiciary. The Council was developing a competitive merit-based examination to appoint judges to the vacancies at different levels of the judiciary. At the beginning of the evaluation process, the CPCCS-T ordered the suspension of said contest. This signaled a breakdown of the separation of powers of the State and also interference of the executive in the judicial branch.

Moreover, this transitional reform continued to interfere with the structure of the judiciary. The CPCCS-T shortened the term of appointment for nine magistrates of the Constitutional Court in August 2018, thereby undermining the judicial career of these magistrates and tampering with the legality that fosters judicial guarantees for the administration of justice.

In April 2019, the CPCCS-T appointed a new Attorney General through an ad hoc procedure that was alleged to be irregular. At the request of the president of the CPCCS-T, the new attorney general opened 39 cases against former President Correa, the “Bribery Case” being one of them, in which Phillips Cooper and Fontana Zamora are involved.

Thus, in the criminal proceeding in which Phillips Cooper and Fontana Zamora were involved, both the attorney general and the judges in charge of that proceeding were not appointed through legal requirements and did not comply with the law.

The UN special rapporteur’s report alleges that the creation of a system for evaluating judicial positions from outside the judiciary had made it easier to set up the “Bribery Case.” The report highlights that the INTERPOL office rejected all the “red alert” requests for several of the accused suspects by the State of Ecuador. The main reasons provided by INTERPOL for not complying with the red alert were doubts regarding the existence of political motives surrounding the case and also possibilities and/or allegations of human rights violations.

“At the international level they cannot fool anyone,” commented Rafael Correa through a post in his Twitter account, referring to the lawfare against him carried out by judicial bodies of Ecuador.

The UN Special Rapporteur’s report can be read here:
Mandato-el-Relator-Especial-sobre-la-independencia-de-los-magistrados-y-abogados