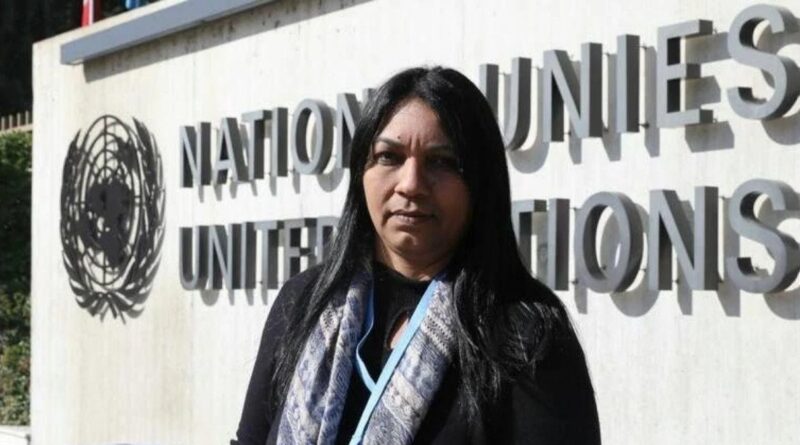 On September 23, María Eugenia Russián, president of Fundalatin, Venezuela’s oldest human rights organization, testified to the UN Human Rights Council (UNHRC) and decried an attempt by a UNHRC fact-finding mission to erase people who were “lynched, burned alive, decapitated and murdered by extremist sectors of the Venezuelan opposition.” This fact-finding mission had published a report a week earlier that generated sensationalist headlines of “crimes against humanity” and painted a bleak picture of the situation in Venezuela.

However, the 400+ page report has been found to contain serious flaws and omissions, leading to charges that it politicizes human rights – a position backed by the Venezuelan government. But it’s not just Venezuela that has taken issue with the report: Argentina’s ambassador to the Organization of American States denounced it as “biased” and noted that “human rights are not an instrument for taking political positions.”

A parallel mission and attack on multilateralism

Moreover, even the formation of the fact-finding mission is suspect. Since 2017, Venezuela has been working with a different UN institution, the Office of the High Commissioner for Human Rights (OHCHR), to strengthen its capacity to guarantee human rights. This cooperation has led to technical agreements and to visits by the OHCHR to Venezuela.

Yet despite – or perhaps because – of this cooperation, the Lima Group, an ad hoc group of nations dedicated to regime change in Venezuela, maneuvered in the UN Human Rights Council to establish a parallel mission outside of the purview of the OHCHR. In the September 2019 debate prior to the founding of this mission, Russián said that it “seeks to thwart the advances between the Office of the High Commissioner and the Venezuelan state, hindering and duplicating its efforts.” She also made a prescient comment: “[the mission] will generate major headlines but will not contribute to resolving the situation.”

Several Venezuelan human rights organizations, including the Venezuelan Association of Jurists (AVJ), denounced the formation of the mission and the subsequent report as an attack on multilateralism. The AVJ notes that according to UN General Assembly Resolution 60/251, “the promotion and protection of human rights should be based on the principles of cooperation and genuine dialogue and aimed at strengthening the capacity of Member States.”

Neither of these principles were adhered to in the report, which means that the fact-finding mission violated the United Nation’s own guidelines. This contrasts severely with the latest update on Venezuela from the OHCHR, which notes that technical cooperation between Venezuela and the UN has led to progress in investigating 93 alleged cases of extrajudicial killings or excessive use of force, as well as the pardoning of 110 prisoners.

RELATED CONTENT: Task Force on the Americas Statement Regarding UN Report on Venezuela

The first thing to note about the report is that the authors are all from countries that support Guaidó. One of them, Francisco Cox, has close ties to the Chilean Foreign Minister (Chile is one of the Latin American countries leading the charge against Venezuela). In an interview with journalist Anya Parampil, Chilean analyst Esteban Silva noted that Cox “is part of an operation against the government of Venezuela.”

Venezuelan human rights organization Sures considers that the report “lacks academic rigor” as the mission did not step foot in Venezuela “and as such never had direct access to the sources it consulted, including the victims, government officials and official records.” Lending credence to the claim of a lack of rigor is the fact that more than 50% of the report’s sources were links to social and digital media, while just 5% were NGOs.

Misión Verdad, an independent group of Venezuelan investigative journalists and analysts, wrote an exposé of the sources used in the report and found that one of these NGOs, COFAVIC (Committee of Relatives of Victims of the Caracazo), receives USAID funds and has ties to Human Rights Watch, which supports regime change and the brutal US sanctions. None of the NGOs the fact-finding mission contacted even mentioned the case of Orlando Figuera, a young Black man burned alive by anti-government protestors, which has arguably been the most infamous violation of human rights in Venezuela in recent years.

If the report were interested in balance, it would have cited or contacted Venezuelan human rights groups that document right-wing violence at protests and the devastating effects of U.S. sanctions. Five such organizations were contacted for this article: Fundalatin, AJV, Sures, Género con Clase (Gender with Class), and the Committee of Victims of the Guarimba and Ongoing Coup (guarimba is the term used for violent opposition protests in 2013, 2014 and 2017). None of them ever heard from the “independent” mission.

While victims like Figuera are ignored, another detailed critique by Misión Verdad documents the repeated “whitewashing” of political actors linked to violence by presenting them as victims. As analyst Joe Emersberger notes, the report’s treatment of opposition figure Leopoldo López ignores the leading role he has played in destabilizing Venezuela since 2002. López’s regime change strategy in 2014, ‘La Salida’, sparked opposition violence that resulted in the decapitation of Elvis Durán; he was riding a motorcycle down a street booby trapped by protestors with barbed wire. López’s name appears 61 times in the report; Durán’s does not appear at all.

As tragic as it is that a UN mission would engage in the erasure of victims of human rights violations perpetrated by government opponents, these are not even the most glaring omissions in the report. There are two ongoing mass violations of the human rights of all Venezuelans: the violent destabilization of the country by foreign and domestic actors, and the brutal U.S. sanctions. For Gisela Jiménez of Género con Clase, an organization that focuses on the rights of women and sexual diversity, currently the biggest challenge to the rights of Venezuelans is “the threat to the right to live in peace.” Russián of Fundalatin dates the biggest violation of human rights to March 2015, when then-President Obama characterized Venezuela as an “unusual and extraordinary threat” to the United States. Since then, she notes, ”the Venezuelan people have been subjected to violations of their right to health and even the right to life, due to the embargo and the obstruction of imports of medicine, food and supplies.”

RELATED CONTENT: UNHRC may be Contributing to US Aggression Towards Venezuela

The report in the context of a hybrid war

Beyond the bias and politicization of the report, what perhaps damns it most is how it is being used. The omissions on the impact of coups and sanctions enable regime change operatives such as Elliott Abrams, U.S. special representative for Iran and Venezuela, to cite the report as evidence of crimes against humanity while, in the same breath, threatening to cut off Venezuela’s diesel supplies, which has drawn widespread condemnation from NGOs across the political spectrum for the devastating effect it would have on the Venezuelan people.

The report was similarly used by Senators Marco Rubio and Ben Cardin, who referenced it in a letter to the European Union in which they expressed “deep concern” over EU talks with the Maduro government and urged the EU to not monitor Venezuela’s parliamentary elections. This blatant attempt at interfering in and attempting to delegitimize Venezuela’s elections went uncovered by mainstream media, which focused all of their attention on the UNHCR report.

Furthermore, the timing of the report was also suspect, coming just a week before the 2020 UN General Assembly. Its purpose in this regard is clear: to add fuel to the fire in Venezuela and to shift the spotlight from U.S. allies with their own human rights issues. The timely release allowed Colombian president Duque and Chilean president Piñera to cite it and Venezuela in their general assembly speeches. In Colombia, 64 massacres have taken place this year alone, while the Piñera government in Chile was almost brought down by his government’s excessive use of force against peaceful protestors. Yet it was Venezuelan opposition figure Juan Guaidó who made the headlines, invoking the report while calling on the international community to exercise its “responsibility to protect” in a YouTube webinar on the sidelines of the General Assembly. The responsibility to protect is a doctrine used as the justification for military aggressions against Libya and Syria, among others.

Leonardo Flores is a Latin American policy analyst and campaigner with CODEPINK.