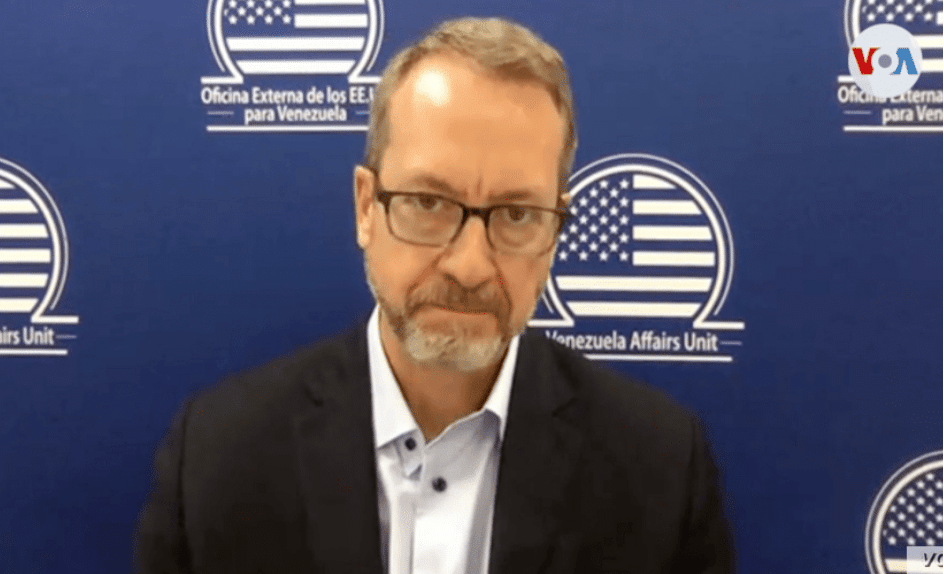 The recent meeting in Bogota between three Venezuelan opposition governors and the fake “US ambassador” to Venezuela James Story seems to be enlarging the fractures of the already divided right-wing political groups in Venezuela. The meeting has unleashed a series of criticism and hesitations amongst the opposition factions themselves.

For example, statements of José Ignacio Hernández, one of Juan Guaidó’s close collaborators and “special attorney” of the so-called interim government, highlighted the discrepancies amongst right-wing sectors. Hernández dismissed the meeting between James Story and the governors Sergio Garrido, of Barinas; Manuel Rosales, of Zulia; and Alberto Galíndez of Cojedes, and even downplayed the US government’s role in bringing “investments” to Venezuela.

Hernández also discarded the possibility of the US government lifting or loosening sanctions to facilitate foreign investment. “Investments require clear legal norms, legal securityand market mechanisms,” he claimed. “These do not depend on the US but on political change in Venezuela. As long as the authoritarian elite remain in power, there will be no room for investments.”

He further advocated that the US should go on maintaining the unilateral coercive measures against the people and the government of Venezuela.

What does the extreme right want?
Since some opposition sectors decided to participate in the elections in 2020 and 2021, others have also joined the electoral route, and it is from those sectors that the current opposition governors emerged.

It seems contradictory that those sectors of the opposition that opted for taking part in the elections, and thus automatically recognized President Nicolás Maduro and the government institutions such as the National Electoral Council (CNE) as legitimate, are now trying to get close to Story who has constantly attacked the Venezuelan State.

To add insult to injury, the meeting took place under the auspices of the Iván Duque government in Colombia, and the meeting had the clear endorsement of the White House.

The conversation between Story and the three opposition governors also coincided with the announcement made by US President Joe Biden to extend the 2015 decree that Obama launched, declaring Venezuela as “an unusual and extraordinary threat to the national security and foreign policy of the United States.”

Until now, none of the governors who attended the meeting with Story have stated whether they have now disregarded the Bolivarian government and embraced the Washington line, or if they now distance themselves from the electoral institutions within the framework of which they got elected at the polls.