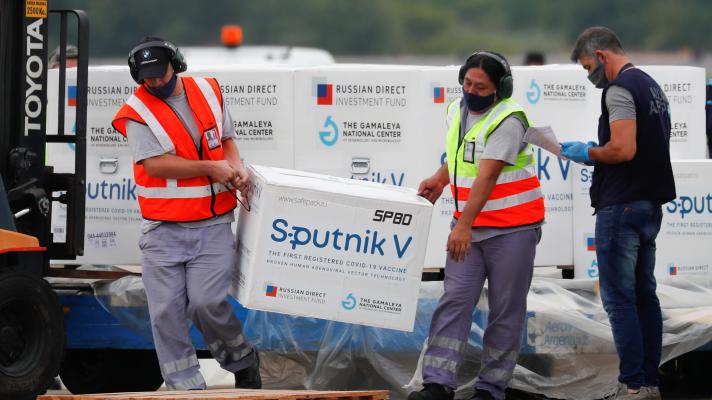 The US Department of Health and Human Services (HHS) revealed in its 2020 management report that the US government pressured Brazil not to accept the Russian Sputnik V vaccine, and pressed Panama to reject the help of Cuban doctors.

The organization revealed that, in an attempt to mitigate the efforts that Cuba, Venezuela and Russia are making in the region to combat the spread of COVID-19, its Office of Global Affairs (OGA) made use of its diplomatic relations with Brazil and Panama in order to prevent the intervention of actors outside of Washington’s sphere of influence.

It accused these three countries of “working to increase their influence in the region to the detriment of US security.”

OGA led the Five Eyes, an intelligence alliance made up of the United Kingdom, Canada, Australia, New Zealand, and the United States, to align them in the objective of preventing the rest of the world from having access to vaccines and humanitarian aid from Russia, Cuba and Venezuela.

In detail, HHS said on page 47 of its report that it devised, together with the Five Eyes, a strategy to “improve global vaccine confidence messages.” The document then details what kind of messages the group would issue to produce such trust:

Combatting malign influences in the Americas: OGA used diplomatic relations in the Americas region to mitigate efforts by states, including Cuba, Venezuela, and Russia, who are working to increase their influence in the region to the detriment of US safety and security. OGA coordinated with other U.S. government agencies to strengthen diplomatic ties and offer technical and humanitarian assistance to dissuade countries in the region from accepting aid from these ill-intentioned states. Examples include using OGA’s Health Attaché office to persuade Brazil to reject the Russian COVID-19 vaccine, and offering CDC technical assistance in lieu of Panama accepting an offer of Cuban doctors.

By managing to “persuade” Brazil to reject the Russian vaccine, the Five Eyes have collaborated in the perpetuation of the pandemic in that country, with dire consequences not only for Brazilians, but for all countries in the region, as the variant that emerged in Brazil crossed national borders.

On the other hand, Panama, by surrendering to this blackmail so as not to receive Cuban medical care, lost the opportunity to have a greater number of trained doctors to treat patients with the novel coronavirus, precisely at a time when it is registering the highest death rates from the disease.

The report indicates that HHS also began operations with the Bolivian de facto government of Jeanine Áñez: “After decades of silence between the US and Bolivia, the OGA reestablished diplomatic relations on health matters with the Bolivian Ministry of Health after the ‘national elections’ [in 2019].”

The West thus demonstrates another sign of its immorality. Instead of turning all efforts towards a global vaccination to eradicate the virus and avoid more aggressive variants and mutations, the United States Government prefers to guarantee immunizations within its borders and to toy with the health of the rest of the hemisphere by trying to sustain a geopolitical influence in frank decline.

Featured image: Workers unload the third batch of the Sputnik V vaccine that arrived in Buenos Aires on January 28. File photo by AP.