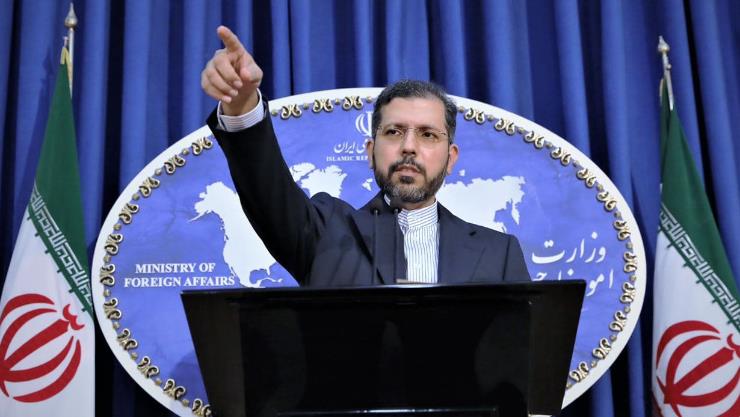 Iran reserves its right to retaliate, as it deems best in its interests, against the perpetrators of the attack on a merchant ship in the Mediterranean Sea.

“Given the geographic location where [the attack on an Iranian merchant ship] took place, the initial evidence points to the Israeli regime as the main perpetrator of the maritime attack,” said spokesperson for the Iranian Foreign Affairs Ministry Said Jatibzade, speaking at a press conference, in response to a question about investigations launched by the Islamic Republic in this regard.

The senior official highlighted that the “behavior of an aggressive nature dispensed by Israel in the Western Asia region reinforces the idea that this regime is behind the attack perpetrated on Friday” against the commercial vessel of the company Marine Lines of the Islamic Republic of Iran (IRISL), sailing in international waters of the Mediterranean Sea.

He added that “the Tel Aviv regime, in its attempt to survive [since its creation] has made an effort at all times to create all kinds of crises and instabilities” in the region in order to safeguard its disputed “existence.”

Jatibzade has added that if the authorship of this sabotage operation against the Iranian flag ship is discovered, the Islamic Republic reserves the right to act against the saboteurs according to the options it considers best to guarantee the defense of its national interests.

According to a report published on Saturday by the Iranian news agency Nour News, the preliminary evidence indicates a high probability that this terrorist act against the cargo ship was carried out by Israel.

The document claims that an explosive object struck the hull of an Iranian merchant ship in the waters of the Mediterranean, but the incident was immediately contained.

Several Iranian ships, on different occasions, have been the target of acts of sabotage and attacks by the US and its regional allies. For its part, Tehran has constantly stressed that it will not leave acts of “maritime piracy and banditry in international waters” unanswered.