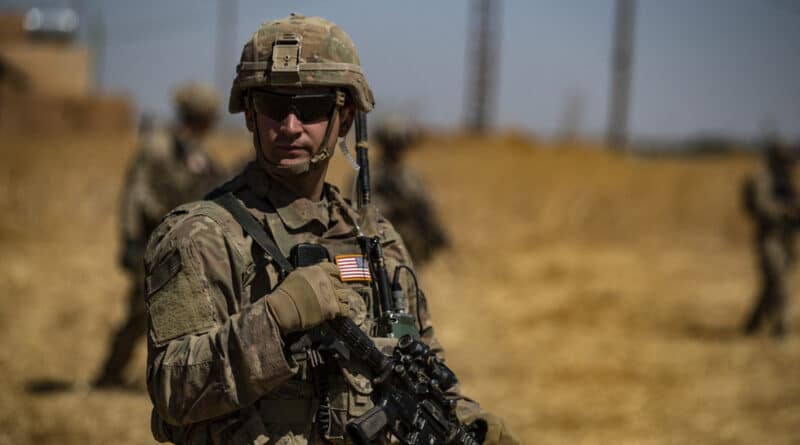 Washington has no legal mandate to keep its armed forces in Syria, and the presence of American soldiers in the country contradicts the 2015 UN Security Council resolution that called for a ceasefire and a political settlement.

That’s according to the Russian embassy in Washington, which responded to a tweet by Wayne Marotto, the official military spokesman for Operation Inherent Resolve, the American campaign in the Middle East to defeat ISIS.

Writing on social media, Marotto said that the US has a “clear mandate under international law” to keep boots on the ground in Syria.

“It’s a matter of fact that US armed forces have no legal mandate to stay in Syria. Your interpretation of UNSCR 2254 is just ridiculous. Please, read the document thoroughly,” the diplomatic mission said, including a link to the text.

RELATED CONTENT: US Military Relocated 40 Daesh Terrorists From Prisons to Base in Northeastern Syria – Reports

Passed in 2015, UNSCR 2254 calls for all parties to immediately end attacks against civilian targets but allows offensives against groups determined to be “terrorists” by the UN Security Council, such as ISIS. It also planned to create a Syrian-led political transition with free and fair elections.

As things stand, both Moscow and Washington have troops on the ground in Syria. The Russian operation began in 2015, after Syrian President Bashar Assad requested military aid from the Kremlin, in a legal move. However, according to international law, the US military presence is an illegal occupation, because the American troops entered the country without an invitation from the government.

Featured image: FILE PHOTO. A US soldier in the Syrian village of al-Hashisha on the outskirts of Tal Abyad town. © AFP / Delil SOULEIMAN