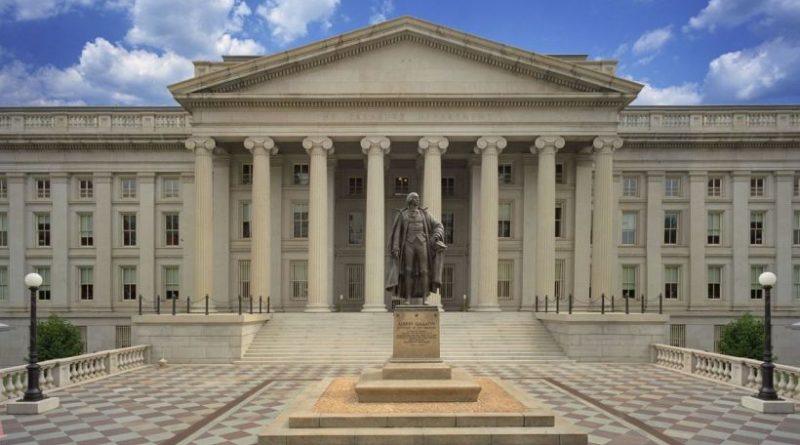 On Tuesday, the Office of Foreign Assets Control (OFAC) of the US Department of the Treasury issued a license ( General License 20B ) that authorizes some transactions of the Central Bank of Venezuela (BCV) with some financial organizations and multilateral bodies.

With this license, the BCV’s relations with nine international financial organizations are allowed, after the unilateral coercive measures applied in April 2019 against the country’s governing bank and that have evolved into a deepening of the forms of financial and economic asphyxiation against the population of the oil producing country.

The OFAC License confirms to public opinion that the application of measures against Venezuela, far from being directed against Venezuelan officials, has actually been against the country’s relationship with highly sensitive and essential matters for the economic and social welfare of Venezuela.

Recently the US financial site Bloomberg, referred to the deep damage to the coffers of the BCV because of the US blockade, specifically the lack of liquidity in dollars, given the restriction that the Venezuelan bank has to process payments abroad, which has translated in a sustained drop in cash flow in foreign currencies.

PARTIAL RELAXATION OF THE BLOCKADE OR IS THERE SOMETHING ELSE?
This license has the particularity that it is issued with the quality of automatically renewing each month for a period of 18 months. An important difference compared to other licenses issued by the US government to authorize operations with Venezuela, which usually have a duration of three months.

Recently, OFAC authorized, through the General 8B License, the operations in Venezuela of a group of US oil companies, for a new three months term.

The beneficiaries were Chevron Corporation and others such as Halliburton, Schlumberger Limited, Baker Hughes and GE Weatherford International. Maintaining, of course, the veto that [bars] these companies [from business with] Petróleos de Venezuela SA (PDVSA) in other areas vital to the industry, such as the provision of technologies, diluents and inputs for oil activity.

Far from understanding the issuance of licenses for US oil companies as an act of softening the blockade, the decision was due to political and strategic reasons. If a full inoperativity of US companies was consummated due to the blockade, Venezuela would plan to reallocate its wells and operations to Russian and Chinese companies, in order to sustain its exports due to the expulsion of Venezuela from much of the international oil market because of “US orders”.

Therefore, the measure issued now, in theory, in favor of the BCV, could go in directions clearly convenient to the Americans.

Various American media, including The Washington Post recently, have referred to a set of pressures by Wall Street pointing to the lethargy of the Venezuelan situation, and how the prolonged blockade situation has gone beyond estimates made in 2017 when the first Trump Executive Order was issued.

In another order of ideas, there is also the likelihood that this partial lifting of the restrictions against the BCV will be in the direction of accelerating the formation of the proto-government of the deputy Juan Guaidó, which has been a stumbling block to facilitating a political solution to the Venezuelan crisis, thanks to US mentoring.

According to the “Procurator” of the artificial government of Juan Guaidó, Ignacio Hernández, famous for having been a lawyer for companies that sued Venezuela and that were later favored in his role as “Lawyer of the Republic”, the disqualification of the BCV remains.

For Hernández, the BCV can only act within the framework of the new authorization, through the “legitimate authorities designated” by the “president in charge” Juan Guaidó, with prior authorization from the National Assembly (AN). He added that the current authorities of the BCV in full exercise of its functions, which he called “usurpers”, cannot act under the protection of said license.

The possibilities now hover over the deepening of institutional contradictions and the dangerous management of foreign policy by a Pompeo in a delusional phase.

The eventuality of a parallel BCV operating doors outside Venezuela, could even give form and architecture para-legal and para-institutional to the enormous resources that the Venezuelan opposition receives from the US government and that have not had any emphasis or impact within Venezuela.

At the end of 2019, Namita Biggins, spokeswoman for the State Department, ratified the Trump administration’s position of continuing to support Juan Guaidó as the “interim president of Venezuela,” adding that, during 2019, “the US government has given more than 650 million dollars towards humanitarian assistance, not only within Venezuela but also to support 16 neighboring countries.”

Juan Guaidó, who has claimed not to have access to US resources, was contradicted by USAID, an agency that recently revealed it has handed over $ 476 million to the Venezuelan opposition in recent years.

Although the self-proclaimed existence of Guaidó does not have any real handhold or exert de facto power in Venezuela, it has served for the configuration of an untold corrupt plot outside Venezuela, where anti-Chavez leaders and officials of the inter-American bureaucracy participate.

Hence the eventuality of a parallel BCV, can serve to shape a false political legitimacy to an increasingly unmanageable flow of resources politically.