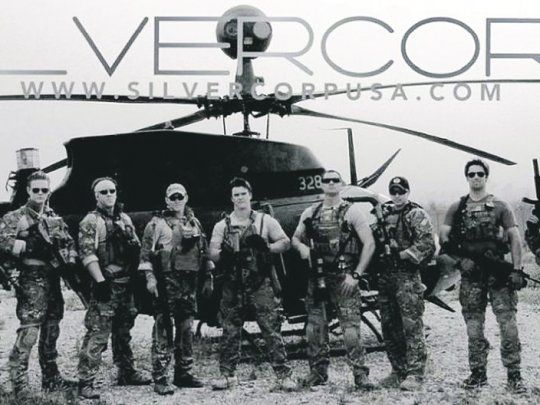 One of the US mercenaries captured on the shores of Chuao last Monday, May 4, confessed that the plane in which they would take the President of Venezuela, Nicolás Maduro, would come from the United States and had the US as final destination.

Airan Berry, who is a member of the Silvercorp USA company, is in the custody of the Venezuelan authorities for his participation in the terrorist incursion that sought to kidnap death or alive the legitimately elected President of Venezuela, Nicolas Maduro.

In a video confession, yhe mercenary confirmed the existence of a contract signed by the opposition deputy Juan Guaidó, the head of the Silvercorp USA company, Jordan Goudreau, and Guaido’s adviser JJ Rendón, which described Berry’s responsibilities in the terrorist plot.
The Minister of Communication and Information, Jorge Rodríguez, showed the confession of the gringo mercenary Airan Berry in an extensive press conference from Miraflores Palace.

RELATED CONTENT: Russia: “Actions of Mercenaries Trying to Enter Venezuela to Carry Out Attacks Deserve Unconditional and Decisive Condemnation”
The US operative stated that other targets in the country were “the General Directorate for Counter Intelligence (DGCIM) , the Bolivarian Service for National Intelligence (Sebin), Miraflores Palace and the Airport control tower in La Carlota Military Base.” However, the main objective was the extraction of the president of the republic from the country.
To the question “What would have been your objective at La Carlota air base?”, he answered that it was to “secure the runway.”

Featured image: Advertising image from SilverCorp USA, the mercenary firm owned by Jordan Goudreau and behind the armed incursion in Venezuela last weekend.