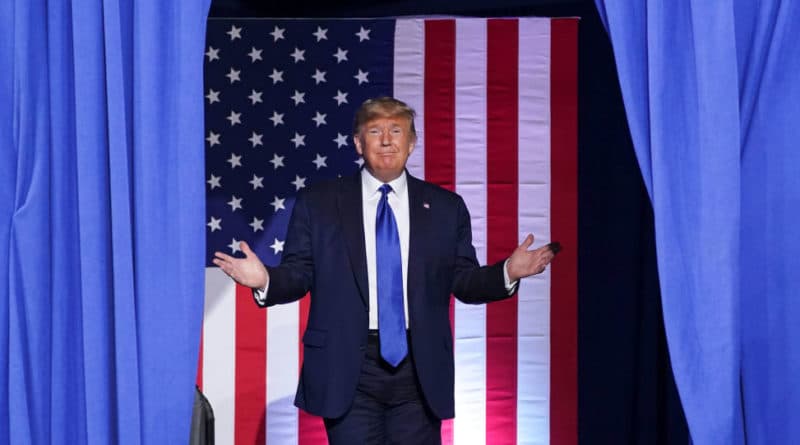 Under the Trump administration, the United States has widely expanded its economic leverage to renegotiate international agreements which it considers inequitable to US economic or strategic interests.

According to EU officials familiar with the talks, the United States threatened to impose a 25-percent tariff on European automobiles from Germany, France and Britain, if they refused to condemn Tehran’s actions and trigger a trade dispute mechanism within the deal.

Days after the alleged ultimatum, the 3 countries formally accused Iran of violating the agreement, triggering a fallback option which could reimpose United Nations sanctions on Iran, thus destroying the residual accords of the Obama-era nuclear deal.

“We’ve been very clear that the JCPOA was a horrible deal”, an unidentified senior US official within the Trump administration said, when asked about the tariff threat, cited by the WaPo.

The unnamed official acknowledged, however, that the Europeans were already moving towards triggering the dispute resolution before the US threat was issued.

“The consensus among the Europeans about the need to hold Tehran accountable took form weeks ago and was driven by Iran’s escalatory behavior and violations of the nuclear deal,” the official said, according to WaPo.

It is unclear whether the so-called EU 3 issued the criticism against Iran due to the US threat or whether interests just happened to align in this circumstance, as both blocs maintain an interest in triggering the mechanism.

The United States views the mechanism as a means of reimposing full sanctions on Iran within 65 days, while EU powers see it as a necessary way to ultimately restore the deal, reduce tensions, and prevent a nuclear-armed Iran.

Trump has previously used tariffs against the EU to win favourable trade concessions, but has yet to use them to influence foreign policy.

The policy is, however, indicative of the way the Trump administration views geopolitics, seeing the world through an ‘America First’ lens and willing to use economic leverage to reorganise the global geopolitical balance.

The Europeans, however, have maintained their dedication to the deal, with EU leaders repeatedly saying, in line with international nuclear inspectors, that Iran has consistently been found to be in compliance with the landmark peace deal.

“The tariff threat is a mafia-like tactic, and it’s not how relations between allies typically work” said Jeremy Shapiro, research director at the European Council on Foreign Relations.

Due to the recent heating up of tensions between the US and Iran beginning with the withdrawal of the US from the JCPOA and the assassination of top Iranian General Qasem Soleimani on 3 Janurary, Iran has begun to enrich uranium beyond the limits set by the deal.

The JCPOA was signed and ratified in 2015 by the US, Iran, Russia, China, France, Germany, United Kingdom and the EU.

The purpose of the deal is to allow – but limit – Iran’s uranium enrichment program, to be used only for peaceful nuclear power and other research purposes, seeing Tehran agreeing to scrap its stockpile of medium-enriched uranium, cut its stockpile of low-enriched uranium by 98 percent, and reduce its number of gas centrifuges by around two-thirds.