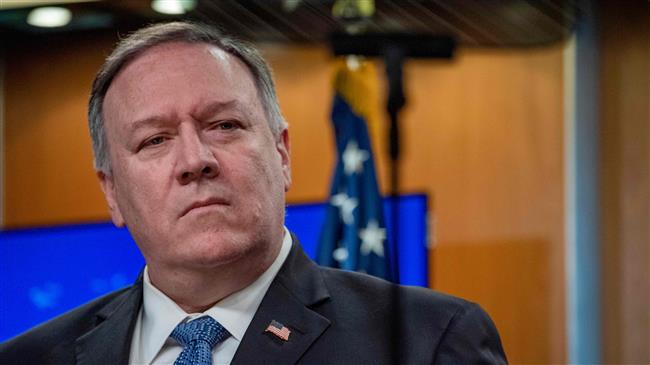 American human rights expert and peace activist says the United States is basically telling Venezuela, “We’ll stop killing you, we’ll stop sanctioning you during a pandemic if you do what we tell you to do in terms of having new elections.”

Daniel Kovalik, who teaches international human rights at the University of Pittsburgh School of Law in the state of Pennsylvania, made the remarks in an interview with Press TV Thursday after Venezuela rejected a scheme devised by the United States that envisages the removal of sanctions on the country if the elected government in Caracas steps down.

“The Bolivarian government reiterates that Venezuela does not accept, nor will it ever accept any tutelage, from any foreign government,” Venezuelan Foreign Minister Jorge Arreaza said in a Twitter post on Tuesday, shortly after US Secretary of State Mike Pompeo presented the scheme.

The so-called “Democratic Framework for Venezuela,” as outlined by US Foreign Secretary Mike Pompeo, requires President Maduro to resign and hand power over to a five-member council to govern Venezuela until presidential and parliamentary elections could be held later this year.

Kovalik said that “the US through Mike Pompeo is proposing that the US would lift sanctions against Venezuela, if both Nicolas Maduro and Juan Guaido stepped aside and allowed for new elections with different candidates to run for president.”

“The Venezuelan government has dismissed this out of hand. And, to me that makes sense to dismiss it out of hand, because really the US is holding a gun to the head of the Venezuelan people and on purpose,” he stated.

“So the US right now is imposing sanctions against Venezuela, which according to different estimates, I’ve read from people like Jeffrey Sachs, Dr. Alfred de Zayas– an expert from the UN — these sanctions have killed around 100,000 people in Venezuela,” he said.

“And so the US is basically saying, ‘We’ll stop killing you, we’ll stop sanctioning you during a pandemic if you do what we tell you to do in terms of having new elections.’ No self-respecting government in the world would accept that deal,” he noted.

“And by the way, you could not have free and fair elections in that type of situation, because the US government would make it clear who they want to win those elections. And again, we’ll make it clear, you know, if you don’t vote the right way then we won’t lift sanctions. And that’s not a recipe for democracy, and the US has done that sort of thing many times,” he said.

“You know, so the US is making ultimatums. And again, that is not democratic, and it’s not what any government in the world could possibly accept, and the US would never accept such a thing,” he concluded.