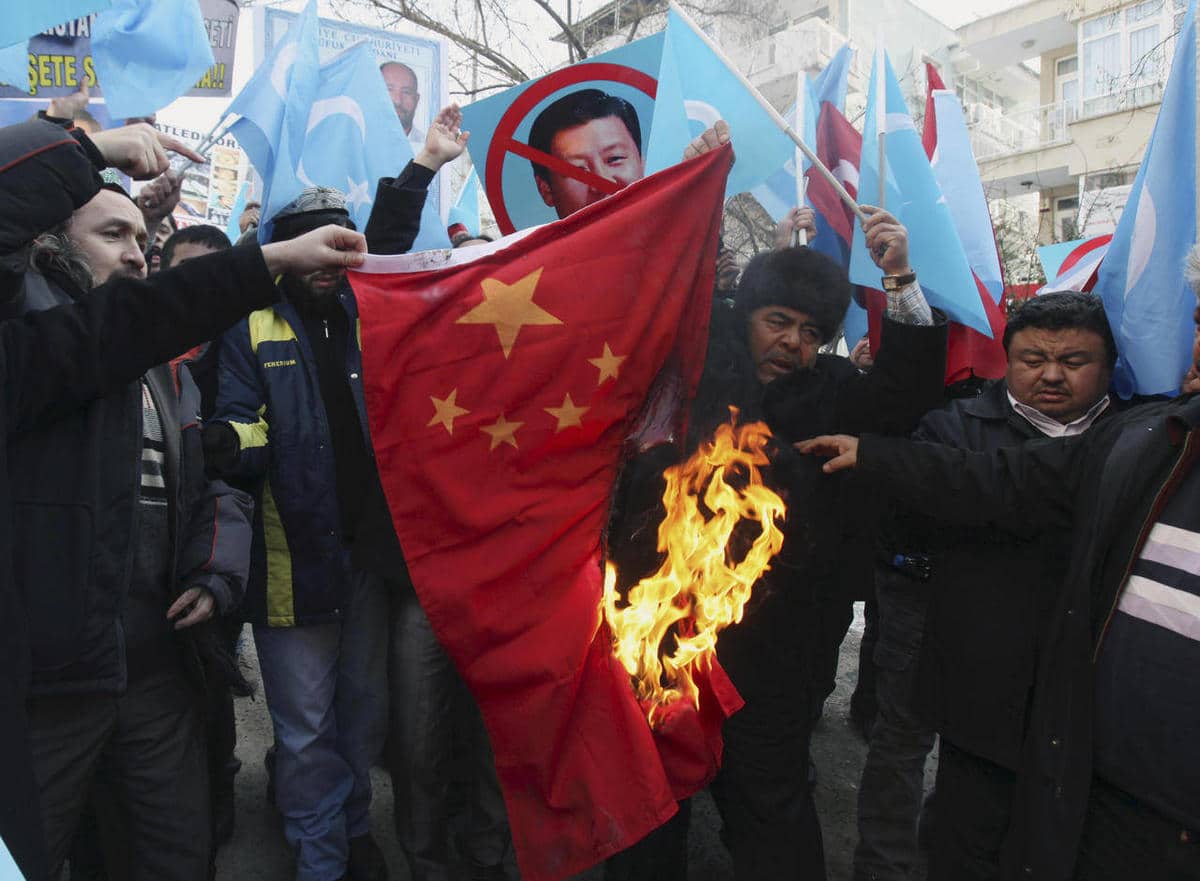 Beijing (AHT) – As the media turns to accuse China of an Uyghur genocide and Muslim holocaust in Xinjiang province, research suggests otherwise. For countries like Australia, the US, and France to come forward and defend Muslims whilst having a notorious history killing them abroad, it only serves logic that the legitimacy of their accusations plummets.

What’s happening in China? Is there really an Uyghur Genocide or Muslim Holocaust?

The Chinese Communist Revolution of 1949 resulted in the integration of Xinjiang province with the mainland. Xinjiang – or the Uyghur Autonomous Province – is the most ethnically diverse province in China, populated by 23 million, which is a drop in the ocean compared to China’s crushing population of 1.43 billion.

Although China deems the Uyghur Muslims no more native than the Hans, who are a majority ethnicity (92%) in China, the Uyghur’s ambition to form an independent ‘East Turkestan’ is not only rejected by China but also neighboring Muslim states.

Washington and NATO have expressed strong condemnation of the way China has treated Uyghur Muslims. Of the most prominent organizations which have been rigorously vocal since its establishment in 1996 is the World Uyghur Congress (WUC).

The WUC is funded by the National Endowment for Democracy (NED), which is a soft power tool for U.S. foreign policy. While the WUC accuses China of “cultural and religious repression” of Uyghurs, the Turkic-speaking minority have executed thousands of terror attacks in the last 30 years alone. From shanking, to bus bombings, to suicide bombings, to vehicle-ramming, to plane hijacking, as well as killing Muslim religious figures.

But, let’s not generalize.

An offshoot of Al Qaeda, the ‘Turkistan’ Islamic Party is a Xinxiang-based terrorist group founded by Uyghur Muslims within the region. Furthermore, the TIP is closely affiliated with the World Uyghur Congress.

Reports in 2019 disclose that the United States has been funding militants while performing acts of generosity: $960,000 in donations to the WUC.

The TIP is run by Uyghur natives, who take advantage of the vast remote geography to run training camps. Abdul-Haq Al-Turkestani, the former leader of TIP killed by a drone strike, ran training camps in both pre-invasion Afghanistan and Taliban-stronghold areas in Pakistan.

Abdul-Haq has not only declared TIP responsible for the twin bomb blasts in 2009 in the city of Kashgar, but he has also threatened to kidnap staff members by sending a letter to the embassy of China to Pakistan. Al Haq, a member of Al-Qaeda’s Shura Majlis, was responsible for recruitment, propaganda, devising and implementing terror attacks. Is it only enmity with the Hans?
Although Al-Haq has called on Muslims to charge into an attack against the Chinese people for “massacres against Muslims,” multiple videos and reports have shown that Uyghur terrorists are indiscriminate of their aggressive assaults.

Hushur, an imprisoned contributor to the Tian’anmen Square attack, told authorities “We had to do it where people were concentrated. We would warn none beforehand. It didn’t matter whether you were a Muslim or an Uyghur, there was no distinction.”

In another instance, an Uyghur terrorist detonates a bomb in a market place, severely injures his own uncle, and is then slashed by his own nephew on the scene.

How has China dealt with it?
When it comes to their judiciary compass, China points out “three evils:” terrorism, separatism, and extremism – all of which are of serious concern to its social stability and national security, all of which punished severely.

Members of SCO are obliged to hand over individuals accused of terrorism to China. In parallel, the United Nations has repeatedly granted caught suspects “refugee status,” and US-funded human rights organizations such as Freedom House and Amnesty International expressed concerns over human rights violations against the terrorists upon returning to their homeland.

Through UN jurisdiction, the Uyghur terrorists are granted protection by international law until further notice. However, this does not block SCO advancements.

For example, after the July bomb blasts in Kashgar which resulted in 18 deaths, investigations revealed that the terrorists who were involved in the act were trained in Pakistan. With this knowledge, Beijing sent out an official request to Islamabad to attain military presence in tribal areas of Pakistan and shut down the camps.

On a local level, China since the 1949 revolution has been known to limit the religious practice but not forbid it, unlike what the World Uyghur Congress claims.

The Xinjiang province alone enjoys some 25,000 mosques, some of which are being demolished for spreading religious extremism. Because the Uyghur Autonomous Province has been a hot zone for deadly conflict, massive internment camps were designed and launched in 2017, which host over one million Uyghur Muslims and other minorities.

The camps, engineered by a Communist Party official Zhu Hailun, are not the “Muslim Holocaust,” but more like a detention center where individuals are selected according to national databases and artificial intelligence probing for connections to violent separatist activity. Such individuals are forced to undergo ideological change and deradicalization in order to be integrated into Chinese society.

In a leaked document by the Chinese government, through the China Cables, tactics and procedures are intricately articulated. The document shows how to ensure the safety of inmates in case of fires, diseases, and disasters, as well as the privacy of the program.

Furthermore, the program has been described as “vocational skills education,” where inmates learn Mandarin, emotional regulation, manners, civility, hygiene, and anti-extremist ideology. The inmates, or “students,” are evaluated by the teachers based on a customized point system, and are granted assistance for employment after at least one year of release.

Counter-terrorism camp should be called what it is, and not a Muslim concentration camp which indiscriminately drags Uyghur Muslims from their homes into torture and assault after 70 years of the revolution. However, the high secrecy and restricted media coverage policy of the camps could potentially leave room for setbacks and discrepancies.

Furthermore, it is fair to say that for countries like Australia, the US, and France to come forward and defending Muslims against a Uyghur genocide whilst having a notorious history killing them abroad, it only serves logic that the legitimacy of their accusations plummets. However, upon finding any evidence of assault and violations, perhaps Muslim countries who’ve had open solidarity stances towards Yemen, Palestine, Bahrain, and Iraq would have better credibility.

Nonetheless, China declares that upon the implementation of the camps in 2017, there hasn’t been a terrorist attack in Xinjiang since.