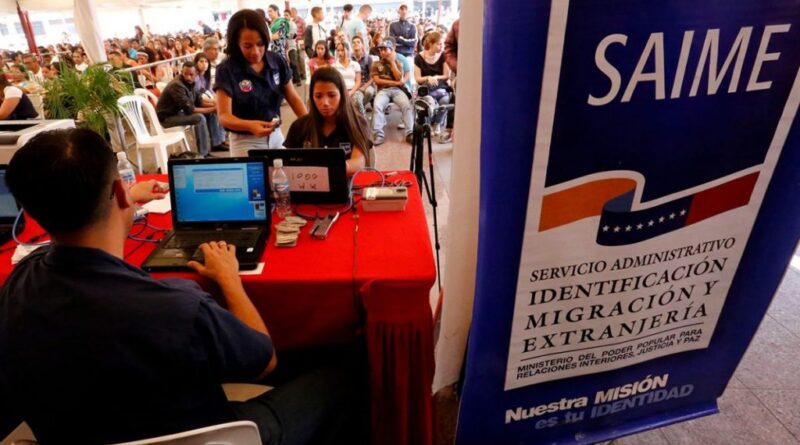 The director of the Venezuelan agency in charge of issuing passports, Gustavo Vizcaíno, said their validity would be extended to five years. He also raised he possibility of delivering passports to homes.

The director of Venezuela’s Administrative Service for Identification, Migration and Foreigners (SAIME), Gustavo Vizcaino, announced the possibility of extending the validity of the Venezuelan passport to ten years instead of the current five years. He also spoke about expanding the length of validity extensions from two years to five.

Through a video on the Instagram account @redsocialsaime, in which the official answered questions from citizens, the possibility also emerged that the identification document could be delivered to homes, reducing the necessity for the personal presence of citizens at SAIME offices.

“What do you think?” he asked. “We are resuming these conversations,  about the passport being valid for ten years, or that your extension could be valid for five years.”

In addition, he said that Venezuelans who are abroad can return to the country even if they have an expired passport during the time of the COVID-19 pandemic, due the fact that most SAIME operations have been impacted by quarantine and social distancing measures taken by Nicolas Maduro’s administration.