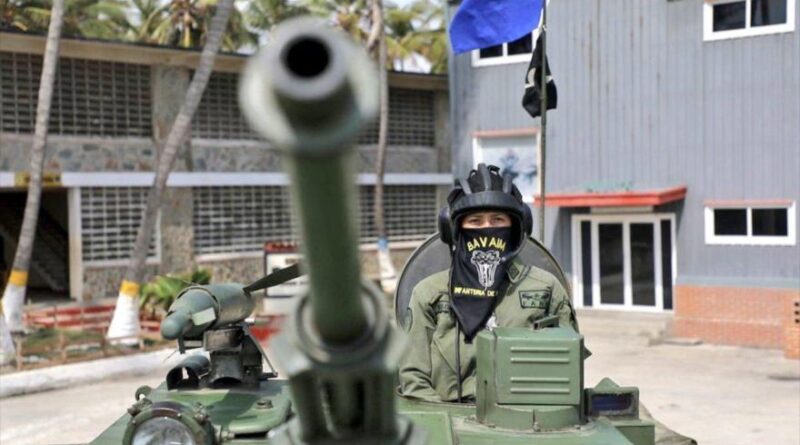 Venezuela has expanded military operations in the border state of Apure to capture Colombian narco-paramilitary groups and eliminate foreign aggression.

“We are stepping up operations in Apure state (bordering Colombia) to guarantee internal order and for the capture of armed Colombian drug traffickers and their collaborators in the area,” declared the Strategic Operational Command of the Bolivarian National Armed Force (CEOFANB) account on Friday, April 16.

In this sense, the command emphasized in a post on its official Twitter account that the military will continue actions aimed at eliminating foreign aggression, ensuring complete victory.

In addition, the CEOFANB specified that, with its strength, it will “comprehensively” bring back peace and tranquility for the people in the border area with Colombia. In this regard, it pointed out that the Bolivarian National Armed Force (FANB) will guarantee “direct attention to the undefeated people of Apure.”

The head of CEOFANB, Remigio Ceballos, pointed out that FANB will carry out coordinated operations with the citizen security bodies “to capture the collaborators of Colombian mercenary drug-trafficking groups.”

In this regard, the general commander of the Bolivarian National Militia, Major General Manuel Bernal Martínez, reported on Tuesday that, on the orders of President Nicolás Maduro, a humanitarian militia force will be formed to protect the communities of upper Apure.

RELATED CONTENT: The Desperate Plans of the Southern Command

Since March 21, the Venezuelan Army has been engaged in military actions to prevent the Colombian “irregular” armed groups from occupying that state. During these clashes, eight FANB soldiers lost their lives.

The Venezuelan president ordered FANB to show “zero tolerance” towards armed gangs entering the national territory from the neighboring country, Colombia. “Zero tolerance for Colombian armed groups entering Venezuelan territory. We have already contributed enough to peace [in Colombia], and the Colombian oligarchy is very ungrateful,” declared Maduro. “Now we will go to the heart of this matter,” he added.

Tensions between Bogotá and Caracas flared at the beginning of May last year, when the Venezuelan government denounced a thwarted terrorist attack by sea, carried out jointly by the United States and Colombia to “assassinate” President Maduro.