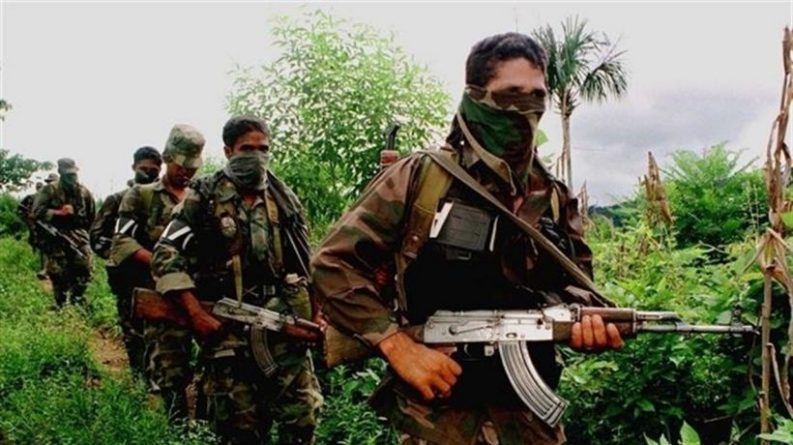 In an interview made by the multinational chain Telesur, the protector of the state Táchira, Freddy Bernal, reported that irregular groups of mercenaries and paramilitaries are being organized today in the Colombian department of Norte de Santander with the aim of venturing into Venezuela.

Bernal said that about 435 Venezuelan individuals remain in three hotels in the town of Cúcuta, among which there are some deserters and military officers expeled from the FANB (Army) for irregularities, who might be funded by the United Nations Agency for Refugees (UNHCR).

The leader of the United Socialist Party of Venezuela (PSUV) stressed the importance of UNHCR confirming whether it really has relations with these people, coordinated by the general (retired) and, fugitive from Venezuelan justice, Clíver Alcalá Cordones.

According to intelligence information provided by sources within the Colombian National Police, these irregular groups would execute raiding actions on Venezuelan territory.

“I have direct information from officers of the Colombian National Police that other attacks are coming along the Colombian-Venezuelan border and they are trying to twist the false flag by saying that Venezuela is going to attack Colombia,” Bernal said during another televised interview in the show JOSE VICENTE HOY.

“I want to warn the international community that a form of war against Venezuela is being prepared to cause internal chaos through the incursion of paramilitaries, mercenaries and some traitors,” said Bernal, who attributed the responsibility of those plans to the United States government.

RELATED CONTENT: Roy Chaderton: Venezuela Could be a Deadly Trap for the Empire

He said that preparations are underway to attack civilian and military targets in Venezuelan territory in order to generate chaos and destabilization, in a formula of aggression that would include the targeted assassination of political leaders and military officers.

He also stated that the Colombian government protects those paramilitary groups that constitute the spearhead in the aggression against Venezuela.

He also asserted that after the violent events reported in the “humanitarian aid” operation of February 23, the border with the neighboring country is “absolutely controlled” on the Venezuelan side.

He also stressed that the FANB has the capacity to guard the border line and preserve peace in the territory of Venezuela, with the support of the organized people and the Bolivarian National Militia.

The representative of Venezuela in the UN, Samuel Moncada, denounced Washington’s maneuvers, on Thursday before the Security Council, to induce an “indirect and mercenary war” in the country through armed irregular groups.

RELATED CONTENT: Samuel Moncada: The US is Organizing an Insurgent Army in Colombia (Contras?)

Moncada said that spokesmen of Donald Trump’s administration manipulate the figures of alleged deserters of the Bolivarian National Armed Forces (FANB) in order to justify the formation of a so-called Army of Liberation of Venezuela in Colombian territory.
“The organizers of this criminal armed group make a public display in the Colombian media with total impunity,” the diplomat said.

In December of last year, President Nicolás Maduro revealed that around 734 mercenaries were being trained in the territory of Colombia.