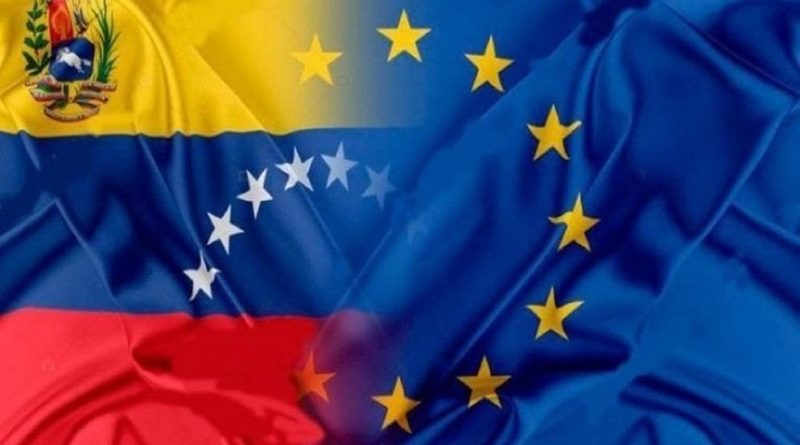 Venezuelans should revel in the fact that President Maduro has also scored an important victory. The EU bloc of countries recognised self-appointed Juan Guaido as “interim president” of Venezuela last January 2019. Nevertheless, this recent diplomatic tête-à-tête has forced Brussels to implicitly admit who the legitimate government of Venezuela is and to accept Caracas terms of negotiations. It is not clear whether the EU will rescind the latest set of “sanctions”, but that will not stop the Bolivarian process from standing up to the bullies and continuing its path to make colonialism obsolete.

On June 29, the European Union (EU) slapped new sanctions against 11 Venezuelan individuals. President Nicolas Maduro immediately responded by ordering the expulsion of the EU ambassador to the country. EU foreign policy chief Josep Borrell warned that Brussels would retaliate against Caracas over its decision and announced that it will summon Maduro’s ambassador to the European institutions. That never happened. Instead, Josep Borrell called on Venezuela to reverse its decision. On July 1, the Venezuelan government decided to rescind its decision to expel the head of the EU mission in Caracas following a phone conversation between Venezuela’s Foreign Minister Jorge Arreaza and the High Representative of the European Union for Foreign Affairs and Security Policy, Josep Borrell, after which they issued a joint communiqué.

This sequence of events gives a diplomatic victory to the Maduro government. It may be the victory of a schoolyard bullied youth who stands up after every blow from the bully. The strikes should never have taken place to start with, but the cheers are for the courage and resistance shown.

The geopolitical world is not a schoolyard and the world gang of bullies strike with much deadlier blows that fists.

By all accounts, Venezuela has been under overt attack since 2014 by the U.S. hybrid war, just short of a military invasion. Other governments have been willing participants and accomplices by imposing their own share of threats and coercive measures (sanctions) against the Maduro government.

The latest set of “sanctions” imposed by Brussels on 11 Venezuelans has an additional peculiarity – some might say contradiction – of targeting individuals that are not aligned with Maduro or his governing United Socialist Party of Venezuela (Partido Socialista Unido de Venezuela — PSUV). For instance, Luis Parra was elected president of the National Assembly (AN) last January after being expelled from the Justice First party (Primero Justicia) headed by self-appointed “interim president” Juan Guaidó. AN first vice president Franklyn Duarte was elected by the Social Christian COPEI party. And Jose Gregorio Noriega, AN second vice president, was also expelled from the Justice First party and is in opposition to the ruling party.

What those individuals have in common is a willingness to be in dialogue and engage in democratic participation in the political life of Venezuela free of foreign interference. For that they are accused of being “Maduro-aligned” because President Nicolas Maduro has precisely the same goal. That is the real reason why they need to be punished by the EU as they were previously punished by Washington for their “actions undermining democracy”.

Nonetheless, the Council of the European Union, while recognising Juan Guaidó, issued the following press release: “The Council today [June 29] added 11 leading Venezuelan officials to the list of those subject to restrictive measures, because of their role in acts and decisions undermining democracy and the rule of law in Venezuela.” It should be noted that this is the same language used by the U.S. “sanctions”.

To further contradict the argument of an “undemocratic” and “dictatorial” Maduro government is the fact that it is the monolithic political group headed by Juan Guaidó that does not seem to have a large representation of diverse ideological positions. Those who do not subscribe to its ruthless main goal of ousting Maduro from the presidency by any means are summarily expelled from the party, like in the case of Luis Parra and others.

President Maduro’s assertive reaction to boot out the EU ambassador was fully justified for at least two reasons.

Heightened awareness about independence. Most Venezuelans have a deep-rooted sense of anti-colonialism based on their country’s 209 years of independence with long oppressive periods of being a U.S. “backyard”. One of the legacies of Chavismo has been a re-awakening of that sense of self-determination that is now embedded in the cultural makeup of most Venezuelans.

This is in sharp contrast to the equally deep-rooted sense of colonialism that pervades the policies of most European countries. Maduro made this point very explicitly when he protested the EU interference in Venezuela’s internal decision about the composition of the country’s National Electoral Council (CNE). Maduro said: “Don’t mess with Venezuela anymore. [Stay] away from Venezuela, European Union, enough of your colonialist point of view!” Foreign Minister Jorge Arreaza concurred in a tweet, “[The EU] colonial heritage and reminiscence lead them through the abyss of illegality, aggression and persecution of our people.”

Intolerance towards any form of interference. The second reason related to the first one has to do with Venezuela’s intolerance towards any form of interference in the domestic affairs of the country. This is perhaps the biggest political gap between the Maduro Administration that is nationalist and a defender of sovereignty, and the Guaidó group that not only welcomes foreign intervention but actively invites it and is supported by it.

Venezuela abides quite fully by international law, especially to the United Nations Charter. No one can claim that Venezuela intervenes in the internal affairs of other countries. However, the U.S. blatantly circumvents international laws by issuing domestic Executive Orders or Acts of Congress that impose its extraterritorial self-appointed “right” on other nations. The numerous U.S. “sanctions” against Venezuela are enforced not only on U.S. entities but extraterritorially against non-U.S. entities often under use of threats. This is one of the most damaging forms of interference aside from a military invasion. The EU and Canada are not too far behind in their interference approach.

It was equally justified that President Maduro would rescind his decision.

It has never been the intention of Chavismo and its Bolivarian Revolution to confront and reject fair, meaningful, and respectful international relations. President Maduro has shown his resolve to that goal and, to his credit, has forced the EU to accept that resolve on this occasion. The joint communiqué concludes, “The Ministry of Popular Power for Foreign Relations of the Bolivarian Republic of Venezuela and the Foreign Action Service of the European Union … agreed to promote diplomatic contacts between the parties at the highest level, in the framework of sincere cooperation and respect for international law.”

Perhaps Venezuelans should revel in the fact that President Maduro has also scored an important victory. The EU bloc of countries recognised self-appointed Juan Guaido as “interim president” of Venezuela last January 2019. Nevertheless, this recent diplomatic tête-à-tête has forced Brussels to implicitly admit who the legitimate government of Venezuela is and to accept Caracas terms of negotiations.

It is not clear whether the EU will rescind the latest set of “sanctions”, but that will not stop the Bolivarian process from standing up to the bullies and continuing its path to make colonialism obsolete.