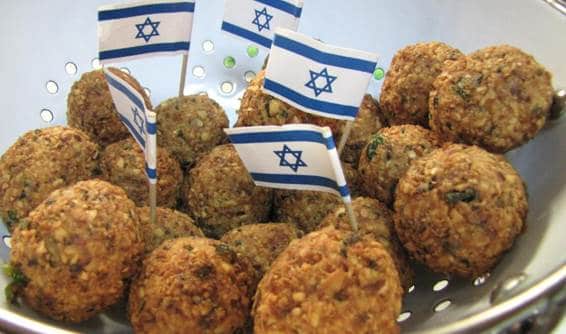 The so-called Annexation Plan by the colonial regime of “Israel” and the President of the United States, Donald Trump, is nothing new, quite the contrary, it is part of the essence of the Zionist project, that is, to end the original Arab-Semitic Palestinian people.

Is this annexation illegal? It is also illegal and illegitimate the UN Resolution 181 of 1947, which in order to establish a State of the Jewish Religion, divided, fragmented the territory of Historical Palestine, a fact that violates the same United Nations charter, which establishes that no national territory can be divided by said instance. Furthermore, no Palestinian was consulted or voted in favor of said resolution.

The legal mockery has been and is of a creative, hallucinating injustice, quite a well-refined cloak.

Now the great moral feast of governments’ pronouncements against annexation will come, but no action will be taken, iron sanctions, especially economic ones, as a peaceful, concrete and honest alternative to this process of ethnic cleansing against the Palestinian people.

Since the 1948 imposition of the colonial regime of “Israel” over the Historical Palestine, the Euro-European and Eurocentric imposition, the existence and continuity of the Palestinian people has been threatened.

Much of the world do not sees with clarity that this “Israel” is a classic colonialism and that it has no link with ancient Israel, the Israeli is not an Israelite.

It is not clear for the world, including the Arab world, that the Palestinian people can disappear if it fails to overthrow that yoke and colonial anachronism. Today the class and neoliberal Arab crowd does not see it or have clarity about that in the long term they can disappear as Arab peoples … Persian society is somewhat more mature in this regard.

We are in the 21st century and we think, believe and feel that colonialism has already been expelled from our historical time. There is no clarity on the fact that the Israel that was imposed in 1948 from Europe in historical Palestine is an anachronism and colonial atrophy. And be careful, it is not a neo-colonialism, it is a literal colonialism but worse and more cruel than the classic colonialism, since it is a colonialism that does not come from a people but from a European movement that seeks to become a people and that is why it does not only take the homeland of the native people but they also take their History, that is: The return to the land of their ancestors. This is a successful falsification of History since more than 80% of the world Jewish population is of Ashkenazi origin, with Indo-European and non-Semitic roots. In classic colonialism the colonizer takes the land and destroys the history of the native people. Eurosionist colonialism usurps history to hide its colonial character and perpetuate itself there, in this order an Apartheid regime is required as one of the many methods to achieve the end of the Palestinian people.

Eurosionist colonialism is not limited to historical Palestine but also to other Arab peoples, Persian and Kurdish, it is about the project of, The Great “Israel”, in fact that regime does not have a National Constitution precisely to avoid defining its border lines and thus continue its expansionism.

While it is true that the colonial regime of “Israel” is a moral fraud, it is also true that it has been a real success.

The Arab-Persian world can disappear, this statement may seem exaggerated, unreal, laughable, illogical and even nonsense. In 1917 with the Balfour Declaration, in which the British Empire granted the Zionist movement, the creation of a Jewish “Home” in Palestine, the Arabs and others already knew of its colonial character, but just as they saw it today as a nonsense, laughable and unreal.