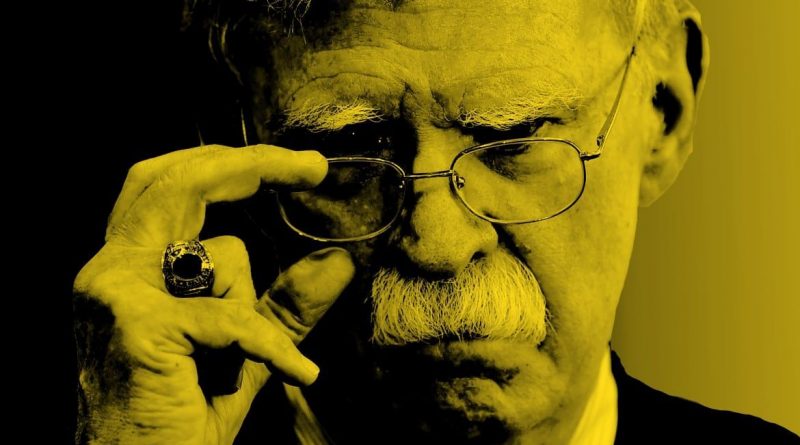 The sudden dismissal of war criminal John Bolton from the post of National Security Advisor by Donald Trump caused a media fuss. The U.S. President has been making changes in his team with increased frequency; three people have held the post from which Bolton was fired from last Tuesday, not a few have been dismissed from the most important posts in the Cabinet. But Bolton’s appointment and firing are not comparable to that of his predecessors, generals Flynn and McMaster, those were very different circumstances. It is not accurate either to blame Bolton alone for the day to day more aggressive, unilateral, and warmongering orientation progressively being taken by the White House around the world. Particularly in Latin America and the Caribbean, with a policy based on the interventionist Monroe Doctrine as it has been openly proclaimed by several leaders of the Trump foreign policy team and confirmed by their attitude towards what he considers his backyard.

RELATED CONTENT: On Venezuela Trump Claims Bolton was “Holding me Back” (+Back and Forward)

Nevertheless, such strong international policy from the U.S. Empire has been tightened since March and April 2018, when extreme right-winger Bolton arrived in the White House and former CIA boss Mike Pompeo was promoted to the Secretary of State. This combined with right wing Vice President Mike Pence and multimillionaire Secretary of the Treasury Steven Mnuchin, put a special focus towards South and Central America. Together they represented a dramatic increase in hostilities and the genocidal economic war against Venezuela and Cuba. In the case of Caracas with the open —tirelessly repeated— objective of ousting Venezuelan President Nicolas Maduro. But Bolton counts on a war experience that no one in that Administration, except for the also war criminal and neo con Elliott Abrams even comes close to. The latter had a very active role in the criminal Iran-Contra case to overthrow the first Sandinista government of Nicaragua through a bloody war and he was among the masterminds of the Bush war on Iraq. Abrams was brought back to the White House by Bolton last January as the special representative for Venezuela, precisely to deal with eliminating the Bolivarian Revolution. Both of them, united by Zionist fanaticism, have kept up their hectic activity against Venezuela. Regarding the first one, three out of four of his Tweets during the first quarter of this year were against Caracas. He also played a very significant role in bringing Trump closer to the Cuban-American far right in Miami, which provides important votes. Bolton even worked with this sector to devise the electoral fraud that took W. Bush to the presidency in 2000.

Bolton promised Trump —a person with scarce political experience when he took office— that they would overthrow Maduro no later than March this year through the major boost that self-proclaimed Juan Guaido would give to the counter-revolution. A combination of his assumptions would lead to achieve the target; a mass rebellion headed by the then unknown opposition leader; factual and legislative tightening of the blockade against the South American country in alliance with the European Union and right-wing governments of Latin America under the Lima Group; and breaking the institutional unity of the Bolivarian National Armed Force of Venezuela, leading to a coup d’état or an indirect, direct, or through military intervention made up of coalition forces.

Except for the tightening of the blockade against Venezuela, nothing of what Bolton put forward happened. On the contrary, Guaido is no longer convening anyone and he is relying only on the support of the U.S. The Venezuelan people did not rebel against their constitutional President; the Armed Forces did not split; Maduro is still in the presidential office. Cuba, in solidarity with Venezuela, is resisting with dignity and creativity under an unprecedented economic blow.

Sometimes, it looks like if Trump has some sort of intuitive intelligence that leads him to admit, at least partially, that the world is living a multipolar reality and recognizes the decisive role played by Russia, China and India. Proud and independent countries like Iran, North Korea and Venezuela that appeared to be a hard nut to crack and whom he has to talk to. If this is the case, Bolton would not be useful anymore and he could now be blamed instead on many of their failures. The U.S. President said last Wednesday that he made big mistakes, he mentioned his statements about North Korea, and he underlined that he disagreed with the behavior towards Venezuela, where they may have overstepped their boundaries. The risk of war in the world is such that even a subtle difference in the tone is priceless. Let’s keep watching but without lowering our guard.