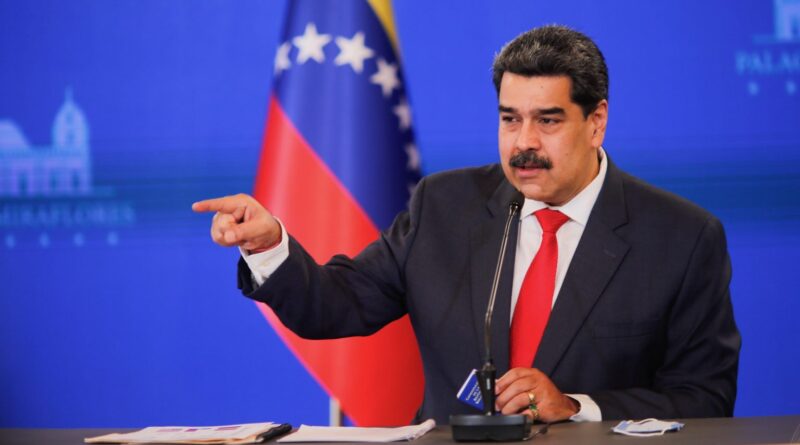 January 15, 2021.-  At the request of President Nicolás Maduro, the Venezuelan government is sending tanks of oxygen to the Brazilian state of Amazonas. The information was confirmed by federal deputy for Amazonas, José Ricardo of the Workers’ Party, on social media. State Governor Wilson Lima also thanked the Venezuelan government on social media. The Brazilian foreign ministry meanwhile requested that the US government help transport oxygen tanks.

According to governor Wilson Lima, the consumption of oxygen increased around 130% from April 2020,the first peak that the disease had to January 13, 2021.

Family members of patients hospitalized with COVID-19 and Healthcare professionals in Manaus, the capital of Amazonas, have expressed that the situation has rapidly deteriorated in the last several hours due to the lack of oxygen and ICU beds. According to the President of the Doctors Trade Union of the Amazonas, Mário Vianna, in a video published online, patients are staying alive “due to the efforts of medical professionals, nurses and technicians.” Some have even reported that they are attempting to carry out treatment from their homes.

“This is a terrible situation which we feared would happen and denounced. At this moment, I appeal to all of the authorities so that they can unite so that we can urgently find a solution. Transporting oxygen from other states as if it were war is a necessity to save lives,” he affirmed on social media.

The increase can also be noted in the number of new cases of the disease. From January 3 to 9, 11,129 new infections were confirmed, while in the previous week, from December 27 to January 2, 5,930 new infections, less than half, were registered.

“Latin American solidarity above all else”

Venezuelans’ gesture of solidarity to the struggling Brazilian state was applauded by many within Brazil and across the region. Jair Bolsonaro’s administration has been pursuing a policy of aggression towards the Bolivarian Republic of Venezuela since he took office in 2019 and has sabotaged many of the historic links of economic and political cooperation that existed between the two countries.

RELATED CONTENT: Caracas and Manaus (Brazil) Break the Blockade for Humanitarian Reasons (Not the Ones You Think)

However, the people and government of Venezuelan have insisted on overcoming the central government’s attitude in order to support the people of Brazil. The country which shares a border with Venezuela has been one of the most hard-hit by COVID-19. Its numbers of confirmed infections and deaths are only surpassed by the United States with over 8,324,294 confirmed cases and 207,095 deaths as of January 15.

When announcing the decision to send oxygen tanks to Amazonas, Venezuelan foreign minister Jorge Arreaza wrote on twitter, “By instruction of President Nicolás Maduro, we spoke with the governor of the Amazonas state of Brazil, Wilson Lima to immediately offer all the necessary oxygen to attend the public health crisis in Manaus. Latin American solidarity above all!”

Meanwhile, Venezuela has had one of the most comprehensive responses to the COVID-19 pandemic, being one of the first countries to decree quarantine and expanding existing public health infrastructure to increase capacity to treat and prevent. As a result, the country has been able to control the spread and care for those who have become infected. As of January 14, there were 118,415 confirmed cases and 1,090 deaths.

Featured image: Nicolás Maduro called for his government to send oxygen tanks to the Brazilian state of Amazonas amid the surge in COVID-19 cases and collapse of healthcare system. Photo: Twitter