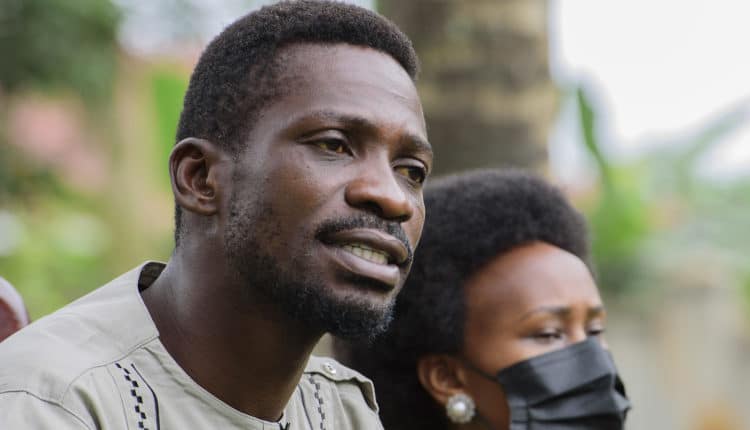 The only certainty about Uganda’s presidential election this week is that it was not free and fair. If something was to happen to Bobi Wine the country could implode, wasting decades of Western investment in “stability” overnight.

It has followed what is increasingly a playbook for African authoritarians: of intimidation, internet blackouts, the criminalisation of the opposition by portraying them as a disloyal terrorist group, breaking up of their rallies, disruption of parallel voter tabulation and the collection of evidence of rigging, raids on opposition headquarters, a menacing security presence, and, finally, the announcement of a large enough victory ensuring that there is no second run-off round.

Campaigning was characterised by severe restrictions on the opposition, ostensibly to limit the spread of COVID-19, but including arbitrary arrests, shootings and violence. More than 50 people are reported to have died at the hands of security forces in the run-up to the poll.

International observers have been appalled by the bloody campaign. Commonwealth Secretary-General, Patricia Scotland, was moved to say on the eve of the election:

“I have conveyed to the leadership of Uganda the Commonwealth family’s deep concern about reports of constraints on freedom of assembly, intimidation, violence and election-related deaths in the country. And I wish to extend our sympathies to the victims and their families.

“I strongly urge that these allegations are expeditiously and transparently investigated and would also encourage that any disputes be resolved through peaceful means and the prescribed legal channels.”

Other international observers were not allowed in at all, including from the United States, Uganda’s largest, long-time donor and ally. Africa, including South Africa as the chair of the African Union, has been silent.

The incumbent, Yoweri Museveni, has unsurprisingly emerged “victorious”. The Electoral Commission said Museveni won almost 59% of the vote. His chief opponent, Robert Kyagulanyi – the music artist-turned-politician known as Bobi Wine – was credited with 35%.

Wine has been subject to what he terms a “relentless barrage of violence”, having been detained on multiple occasions, his staff killed, and both he and his wife, Barbie, detained and beaten up.

The scale of the intimidation and violence is startling, even by the low standard set by recent elections in Tanzania, Zambia and Zimbabwe.

There is no way of independently evaluating the veracity of this result, which appears at odds with Wine’s massive popularity with the Ugandan youth. The total Internet blackout has removed from ordinary people the ability to report on their experiences and for any meaningful independent corroboration of the vote tally to take place.

Clearly Wine, half the age of the 76-year old Museveni, has rattled Ugandan authorities, who see him as a threat on account of his popularity with the youth. The median age in Uganda is just 16, the population nearly doubling since the turn of the century. Nearly half its 45 million people are 14 or under, while just two percent are aged over 65.

Even as news of the “result” was emerging, security forces surrounded Wine’s house and breached his fence. Wine said on Saturday that he was surrounded “by more than 500 soldiers, inside and outside my compound. People are blocked from leaving here, and from coming in to see us, journalists, MPs and even those bringing groceries.”

He managed to speak to us in spite of an internet blackout, asserting continuously that his phone was “being interfered with”. As we spoke, our earlier conversation repeated itself as if on a giant loop, over and over again, forcing us to reconnect.

When Museveni seized power in 1986, the Internet as we know it had not been invented, there were no cell phones and computers were an elite rarity.

Now the aging autocrat faces a different world, where media control cannot be centralised, and where the populace demands a plan for the future. Yet he is emblematic of a generation that has failed to provide jobs and security for young people, who continue to be African continent’s forgotten generation. The determination to hold onto power risks assigning another generation to a life outside the economy, looking in. About 700,000 young people reach working age every year – a figure set to rise to one million by 2030 – but only 75,000 new jobs are created for them.

Wine has frequently called on Museveni to retire, saying young people must prepare to take over leadership of the east African nation. It’s hard to see what the septuagenarian is going to do in his sixth presidential term that he could not do in his first five.

Ironically, Museveni deserves credit for liberating Uganda from the repressive regime of Milton Obote. But instead of turning the country around economically and entrenching democracy, he has veered increasingly towards authoritarian rule.

This has been enabled by the West’s stated desire to support a “stable” Uganda in a region (Ethiopia, Somalia, Congo, northern Kenya) beset by major security problems. Museveni has cleverly used the veil of “stability” to secure billions of dollars in aid and the international community has turned a blind eye to creeping authoritarianism out of fear of alienating him.

Annual aid of almost US$1 billion has flowed into Uganda despite the authoritarian creep. Tanzania has received even more, emboldening the intolerant, brutal rule of John Pombe Magufuli, who has chased opposition leaders into exile out of fear for their lives and arrested journalists.

And Magufuli has emboldened authoritarians elsewhere, not least because he has got away with a TV dinner election: precooked and utterly predictable.

This strategy is set to backfire as the failure to provide economic security for the majority of Ugandans is likely to lead to instability and add fuel to the region’s political fires.

Wine says he wants “the outside world to help by raising their voices while I am still alive”. He believes that his life is in danger, “that anything could happen. I am glad still to be able to talk with you” he admits. He says that he has clear evidence of vote-rigging, of “soldiers rigging ballots”, but the internet shutdown makes proof impossible.

If something was to happen to the 38-year old former reggae artist, the country could implode, wasting decades of Western investment in “stability” overnight. The international community needs to step up to the plate on its rhetorical commitment to democracy – or learn to shut up and stop pretending. DM