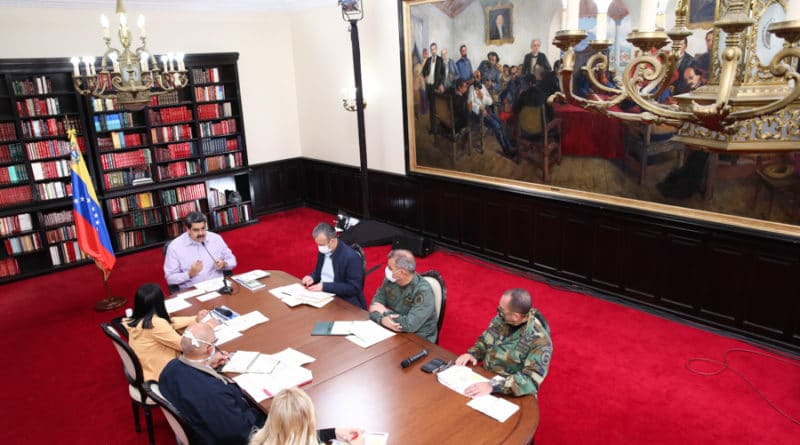 President Nicolás Maduro reported that Venezuela did not register any community cases of Covid-19 in the last 24 hours, only 61 new cases of international transmission were registered, of which 59 came from Colombia and 2 from Ecuador.

The number of cases of people infected by Coronavirus (Covid-19), in the Venezuelan territory, total 2,377 and 83 percent is of imported origin.

This was reported by the president of the republic, Nicolás Maduro Moros, who offered an update of the behavior of the virus in the country and the strategies implemented by the government to combat it.

Out of the 2,377 infections registered by the country to date, 487 are recovered cases; 1,366 are in sentinel hospitals; 486 are in Comprehensive Diagnostic Centers (CDI); 16 in private hospitals and 22 have died.

RELATED CONTENT: Foreign Minister Arreaza: Donald Trump Confessed the US Made Wars Based on Lies

Regarding the entry of Venezuelans through the border today, Commander Remigio Ceballos Ichaso, Strategic Operational Commander of the Bolivarian National Armed Forces (CEOFANB), detailed that 55,785 compatriots have entered the country.

To date 1,340,336 rapid tests have been applied in the country to screen for the disease, equivalent to 34,478 tests per million inhabitants; which places the South American nation as the country with the most tests applied in Latin America and the Caribbean.