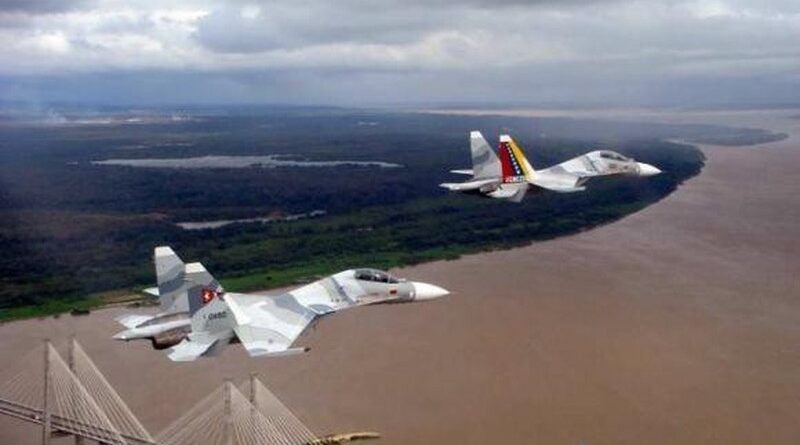 The head of the Strategic Operational Command of the Bolivarian National Armed Force (CEOFANB), Domingo Hernández Lárez, reported that in the last three months the Venezuelan air force has intercepted and shot down 48 planes belonging to Colombian criminal drug-trafficking organizations, known as Tancol in Venezuela.

“In the last three months, 48 ​​Tancol [drug-trafficking] planes have been intercepted and shot down trying to transport illegal merchandise through Venezuelan airspace,” said the head of CEOFANB during the celebration of 101 years of Venezuelan military aviation, held Saturday, November 27.

At the same event, Venezuelan Defense Minister Vladimir Padrino López noted that Colombia “has become a threat” to the region and the world due to its production and distribution of drugs, confirmed by numerous US and United Nations reports. Colombian criminal organizations intend to use Venezuelan territory to install a trafficking network for the drugs they produce, Padrino added.

“There is only one truth, and the truth is that the Colombian territory, sponsored by its oligarchy, has become a threat, not only regionally, but for the whole world, in production and distribution of drugs,” Padrino said at the ceremony, broadcast on publicly owned network VTV.