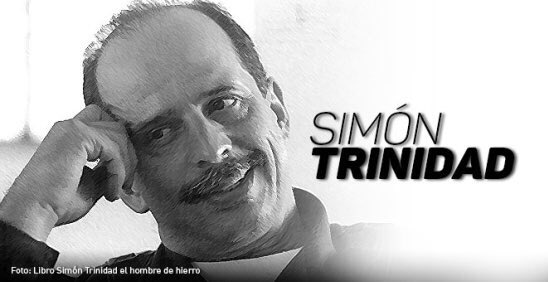 On the occasion of his 70th birthday, the Communist Party USA, together with Communist and Workers’ parties, and with other political organizations, calls upon the U.S. government to release political prisoner Simón Trinidad. He is presently lodged in a “super-max” prison in Colorado, USA.

Simón Trinidad, a former combatant of the Revolutionary Armed Forces of Colombia (FARC), was a prisoner of war. He was captured, with CIA help, in Ecuador in late 2003. At that time the U.S. government was intervening militarily in Colombia under the auspices of its “Plan Colombia.” Trinidad had gained public notice as a peace negotiator in talks with Colombia’s government in 2000 – 2002. Captured, he became a trophy prisoner on that account.

After one year in prison in Colombia, Simón Trinidad was extradited to the United States. Between 2006 and 2008 he faced four trials. He avoided conviction at the first one, but at his second trial Trinidad was convicted of conspiring with a terrorist group, the FARC, to seize and hold hostage three U.S. drug-war contractors operating in Colombia. At his third and his fourth trial the U.S. government failed to convict him of having exported illegal drugs to the United States. At age 57 in 2008, Trinidad received a sentence of 60 years in prison on the terrorist-conspiracy charge.

From 2004 until 2018 Simón Trinidad remained in solitary confinement. For two years, however, he has been allowed to take a mid-day meal with other prisoners. He receives no mail, no emails. Only a few family members are allowed to visit – and they rarely do.

We, the signatories call upon the U. S. government to return Simón Trinidad to Colombia for these reasons:

RELATED CONTENT: A Song for the Repatriation of Simón Trinidad this Wednesday

For more information about the campaign to return Simón Trinidad to Colombia, go to https://www.libertadsimontrinidad.com/.