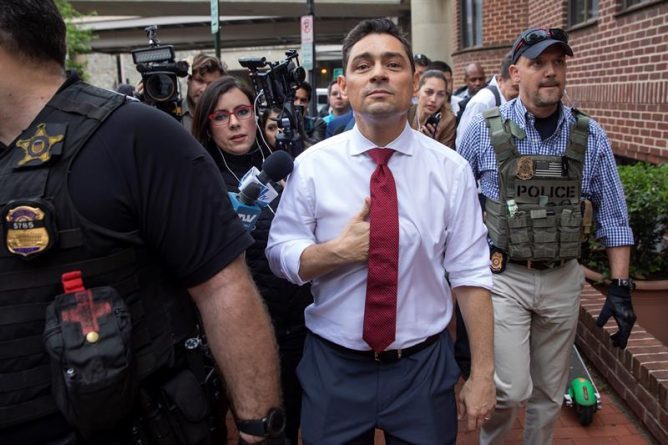 Carlos Vecchio, Venezuelan self-proclaimed interim president Juan Guaido’s envoy to the US, tweeted that talks held at the US State Department were “very positive”.

“We continue to advance”, Vecchio said, but offered no further details.

Vecchio said in a letter dated 11 May that Guaidó had formally requested the support of US military forces in the ongoing political and humanitarian crisis in the South American country.

RELATED CONTENT: Sunset of Juan Guaido? CNN Article on the Crisis in Venezuela and the Opposition

The situation in Venezuela has been tense since January after opposition leader Juan Guaidó proclaimed himself an interim president. Washington and its allies endorsed Guaidó and called on Venezuelan President Nicolás Maduro to step down.

Russia, China, Turkey and numerous other countries have said they will only recognize President Nicolás Maduro as the legitimate head of state in Venezuela. Maduro’s government is the only Venezuelan government recognized by the United Nations.

Maduro has called Guaidó a US puppet and accused Washington of orchestrating a coup in Venezuela to effect a forced change of government and claim the country’s resources.
Washington has attempted to shut down Venezuela’s oil trade as a means of forcing Maduro out of office.

US sanctions on Venezuela have caused the deaths of at least 40,000 people in the country since August 2017, according to a recent study co-authored by award-winning Columbia University economist Jeffrey Sachs.

The Venezuelan Minister for Foreign Affairs said at a public event in Caracas today that Vecchio’s meeting was held with low ranking DoD and DoS staffers, and included the US envoy for Venezuela, Elliott Abrams. Deputy Minister for North America, Carlos Ron said in a radio interview on the Venezuelan opposition radio network, Union Radio, that the DoD initially rejected Vecchio’s request because it didn’t follow the proper channels.