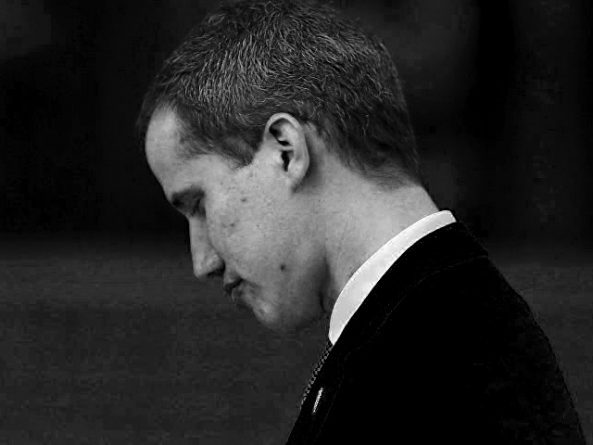 Read the CNN article, following, where they analyze the decline of the figure of Juan Guaidó as a leader that emerged from direct US support. And how, both the spokesmen of that country and the Venezuelan opponents, have systematically failed in their attempts to depose President Maduro and have now been left [to appear] very badly before the world for their false promises and scant real leadership.

The failed uprising of April 30 in Caracas has put into question all the resources of the international plan to get Nicolás Maduro out of power. When will we recognize that this conspiracy at Maikel Moreno’s house was nothing more than an intelligence operation? Classical, textbook: they served “a good table.” And the opposition, from Leopoldo López to John Bolton, passing through Guaidó, tasted it with historic pleasure. Everything changed after that day.

There was a before and after that January 23, when the figure of Juan Guaidó, his raised hand, proclaiming himself constitutional president of Venezuela, electrified the Venezuelan opposition around the world. Never was the world press was less skeptical. The order of the day, almost a slogan, was that the beginning of the end for Chavismo had arrived. There was also a before and after February 23, on the bridge of Cúcuta, when Guaidó had proclaimed that “that day” the “usurper” was going to fall. At last the “end” had arrived, but nothing happened. A few hours later, and for the first time, doubt contaminated hope. Although discreetly, both the Western press and those who detest Maduro, understood and forgave that Guaidó -in his publicized “Operation Liberation” – had been impatient in his promises, confounded in his expectations, and confiding more in discourse than in action.

But now, two weeks after April 30, the mythical figure of Guaidó enters a dangerous parenthesis. The opposition protest scheduled for May 11, convened by the “interim president”, barely had attendees; the cameras and microphones of the international press could not show anything like two months ago, when masses filled the streets of Caracas; even on that April 30 there were never enough demonstrators to march on the palace of Miraflores, despite the fact that those summoned by Diosdado Cabello to defend it were also very few. There are no objective data of what the current popularity, credibility and trust figures are for Juan Guaidó in Venezuela; they seem to have gone down, although the journalistic balance says that this would not be their main problem.

The slippery parenthesis in which Juan Guaidó is found is none other than the real feasibility of his “Operation Libertad”, whose requested garrotte was the military rebellion and whose main carrot was the political (and military?) support of the United States. Factor that, together with the OAS of Luis Almagro, who was already part of Maduro’s overthrow plan even before Guaidó had the idea of raising his hand on Wednesday, January 23, on Francisco de Miranda Avenue in Caracas.

But now the facts are more palpable, and the great Western press, always excited about the “Springs”, whether Arab or Latin American, begins to ask questions. Until April 30, the US military intervention in Venezuela was “on the table” of President Donald Trump, and “in the sights” of the Venezuelan opposition strategy along with the ever imminent rebellion of the Bolivarian army. Today it is not like that. Trump’s public criticism of John Bolton, one of the great architects of January 23 in Caracas and promoter of the revival of the Monroe Doctrine in Latin America, has cooled -almost lethally- said military option.

The confused North American intention to include Cuba in the negotiations, making it pass from a later objective in the Boltonian spring to being part of the solution, shows that the solution of the Venezuelan crisis in the manner of the Monroe Doctrine has been discarded. Senator Marco Rubio, an important actor in the Venezuelan crisis, declares to the Nuevo Herald that Maduro will not be able to resist, but “in the long term”, instead of tomorrow. So, where is Guaidó? How much political and economic fuel can Washington continue to provide him, and to get where? He is the “interim president”, yes, recognized by more than 50 countries, but with no real power.

The way to solve the sharp Venezuelan crisis seems to happen now -Washington dixit- by negotiation. At the beginning of this year, the rejection of Maduro, as reported by the polls, was already a majority, but there was no recognizable figure in the Venezuelan opposition that could constitute his alternative. After January 23, that changed with Juan Guaidó; and still today that figure is Juan Guaidó, but the question is how much time he has left. What different thing can he do, enriching or distancing himself from an “Operation Freedom” whose tactical foundations have suffered such discredit; and will he be part of the possible “negotiation”, especially if Maduro, as Cuba has requested, sits at that same table. Washington has the floor and also some Venezuelan opposition parties who, by the way, do not like Guaidó’s growing prominence. What always happens to fishermen, when the tide has gone out.