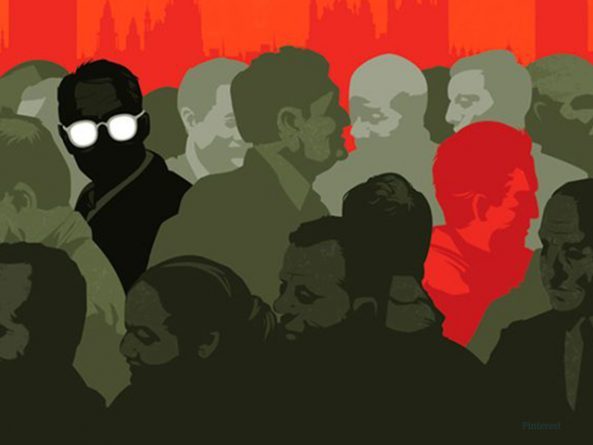 Iván Márquez, ex-guerrilla commander of the former Revolutionary Armed Forces of Colombia – whose acronyms now belong to the Revolutionary Alternative Force of the Communal (FARC) – wrote on Monday in a statement posted on his Twitter that “it was a serious mistake to have handed over [our] weapons to a cheating state.”

“We trusted in the good faith of the counterpart,” Márquez wrote and pointed out that the FARC was naive to forget the words of its commander in chief, Manuel Marulanda Vélez, who warned that “weapons were the only guarantee of compliance with agreements”, referring to the peace pact between the guerrilla group and the Colombian government signed in Havana, Cuba.

Márquez reacted through a statement, published Monday in his Twitter account, after what happened with former FARC leader Seuis Paucias Hernández, known as Jesús Santrich, who had been released last Friday and recaptured minutes later.

The ex-guerrilla denounced that, in addition, Santrich was “drugged by force” to compel him to testify.

“What filth of a Prosecutor’s Office do we Colombians have, that frees, recaptures and then practices a “legalization” to detain a blind person, dopes him until it causes him to be unconscious, taking him to the verge of death”, he emphasized.

In the face of this situation, Márquez asked the Colombian president, Iván Duque, not to “turn his back on the Constitution” or “betray his oath”. In addition, he urged him not to dynamite “the independence of the powers, with that deaf hatred that only seeks to shatter and render ineffective the Havana Peace Agreement.”

“Do not tear your clothes, projecting yourself as an unpolluted president in the face of drug trafficking, because you know very well that your political boss, Álvaro Uribe Vélez, is a mafioso owner of an indelible fingerprint,” he emphasized.

What happened with Santrich

Santrich was arrested on April 9, 2018, in response to a request made by a judge in New York (USA), who ordered his capture after accusing him of sending ten tons of drugs valued at 15 million dollars to the US in 2016, that is, after the peace agreement between the FARC and the Government of Juan Manuel Santos was signed.

On May 15, the Special Jurisdiction for Peace (JEP), the transitional justice mechanism agreed between the Colombian Government and the FARC to prosecute the actors of the armed conflict, considered that the evidence presented against them was not sufficient, which requested his release and denied the request for extradition.

However, on Friday, immediately after he was released, the National Prosecutor’s Office rearrested him and returned him to the facilities of the Bogota prison of La Picota.