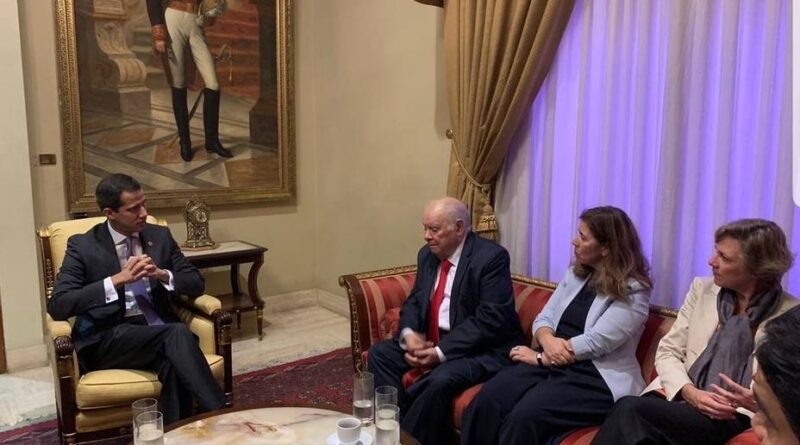 This Tuesday, February 23, the Venezuelan National Assembly (AN) debated and approved unanimously, a motion in which it urged the National Executive to declare the ambassador of the European Union (EU) to Venezuela, Isabel Brilhante, “persona non grata.”

This request, debated on the floor of the AN, comes after the EU applied new unilateral and coercive sanctions to 19 Venezuelan officials, including representatives of the opposition who decided to participate in the legislative elections of December 2020.

On her Twitter account, journalist Érika Ortega Sanoja explained that deputy Ilenia Medina, who is behind this motion, also asked that the conditions for opening the office of said multinational entity in Venezuela be reviewed. Medina said that “they do not respect the internal regulations of the country and continue to apply unilateral coercive measures.”

For his part, opposition deputy Bernabé Gutiérrez, one of those sanctioned by the international body, stressed that the reason for the unilateral measures imposed is due to pressure from opposition political parties “that allowed themselves to be protected by the government of Donald Trump.”

In addition, he added that “these political groups are the same ones that asked for an international invasion when they could not carry out a military coup. (…) They will not intimidate me and they will not alienate me from my conviction that we can get out of the crisis by voting.”

RELATED CONTENT: The US Empire is an Abusive Narcissist: Notes from the Edge of the Narrative Matrix

Meanwhile, opposition deputy José Brito, also sanctioned, held the international community responsible for the situation in Venezuela. “The European Union has sanctioned those who ask for the electoral route for the country and protects those who have looted it,” he said.

Brito added that “those who should be sanctioned are those who have stolen money from the state companies Monómeros, Citgo and the money from the Simón Bolívar Foundation that was used to care for sick children.”

This Monday, the European Union imposed new coercive measures against Venezuela, which include 19 people on its list. This comes after the elections on December 6 that the EU does not recognize, and is the result of the EU’s involvement in the failed regime change operation led by former US president Donald Trump.

Featured image: European diplomat Isabel Brilhante in a meeting with former deputy Guaidó, a few days after his self-proclamation as interim president in 2019. File photo.