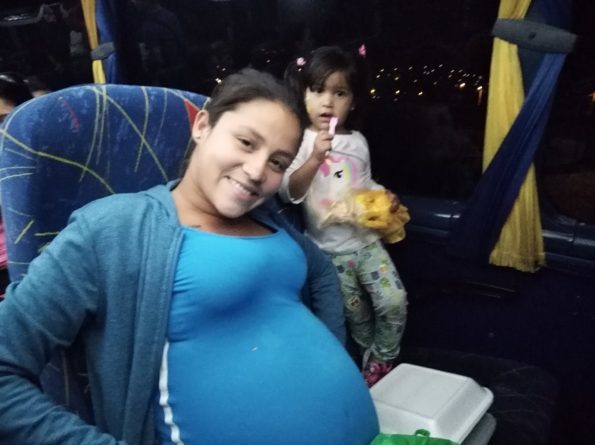 On the night of Tuesday, a group of Venezuelans, who were victims of xenophobic acts in the Ibarra municipality of Ecuador; boarded the buses arranged by the government of Venezuela, to go to the Mariscal Sucre International Airport, located in Quito, and return to the country as part of the Plan Vuelta a la Patria.

Through the Twitter account of the Embassy of Venezuela in Ecuador, it was pointed out that this group of Venezuelans will return this Wednesday, in the special program, promoted by the Government of Venezuela and in which there are three direct flights programmed to Caracas.

In the social network, in addition, the diplomatic headquarters in Ecuador shared a video at the moment in which the group of Venezuelans boarded buses and sang the National Anthem of Venezuela, “after experiencing the harshest experiences of rejection and discrimination. Tomorrow they return to Venezuela thanks to the Plan Vuelta a la Patria, instructed by President Nicolás Maduro.” Last Sunday a femicide was registered in the Ibarra municipality, in Ecuador, in which a citizen of Venezuelan nationality is involved, before the inaction of the Ecuadorian police that was in the place.

Before the crime; through his account on Twitter, President Lenin Moreno condemned the event and indicated that the National Government ordered “the immediate formation of brigades to control the legal situation of Venezuelan immigrants in the streets, in workplaces and on the border. ” “We have opened the doors for them, but we are not going to sacrifice anyone’s safety,” the statement published on the social network said.

After announcing the statement, began in Ibarra -where the incident happened- a hunt against Venezuelans began who were in the streets, as well as burned belongings of migrants, as recorded by several videos published by the social network.

For this reason, in addition to condemning the xenophobic actions promoted by the Ecuadorian Government, the President of the Bolivarian Republic of Venezuela, Nicolás Maduro, ordered a special program of the Return to the Fatherland Plan, for those who wish to denounce or notify about a violent event that attempt against the lives of Venezuelans who live in Ecuador.

The Venezuelan embassy in Ecuadorian territory informed through its website that two telephone lines were enabled for those who wish to report or notify about a violent event that threatens the lives of Venezuelans living in Ecuador.

“As of this moment, a special plan for the Return to the Fatherland is activated for Venezuelans wishing to return to the country, which is why we invite you to the facilities of our Embassy in Quito / Consular Section, located on Avenida Amazonas and Eloy Alfaro, Comonsa building, floor 8, and our Consulate General in the city of Guayaquil located on Juan T. Marenzo Avenue and Orrantia Ave., Professional Center building, second floor, Ofc 220, to all those interested,” says the website.

The embassy places the phone numbers 0994525289 and 0984606774 “to receive complaints and information about acts of violence that threaten the life and physical integrity of Venezuelans in Ecuador.”