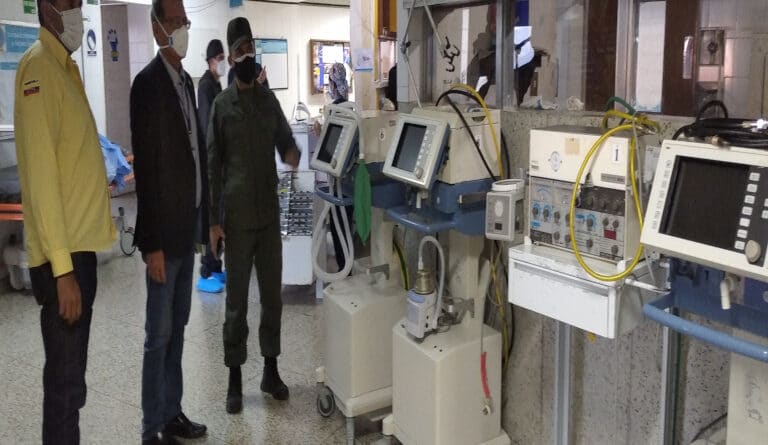 The Venezuelan National Corporation of Technological Services for Medical Equipment (VenSalud) has recovered more than 15,000 medical equipment units in the country since 2018. This has been possible due to the work of 200 technicians deployed nationwide, who have strengthened the hospital and outpatient network integrating the National Public Health System.

In a press release published on the website of VenSalud, which belongs to the Ministry of Health, the president of VenSalud, engineer María Pulido, stated that the organization began its commendable work in 2018 as part of the health policy promoted by Health Minister Dr. Carlos Alvarado.

Pulido mentioned that, in two years of operation, VenSalud has ventured into the restoration of high-tech equipment which “are being repaired with Venezuelan talent. VenSalud has been able to consolidate its mission thanks to strategic alliances with the Francisco de Miranda National Experimental University, the Ministry of Science and Technology, and other cooperation agencies.”

Pulido highlighted that, at the national level, approximately 18,000 units of equipment have been reviewed, managing to recover from 2018 to date, more than 15,000 of these with basic preventive maintenance.

“Many of these units that were inoperative due to lack of basic maintenance ended up in so-called equipment cemeteries,” explained Pulido. “We have been recovering them through initiatives from Venezuelan technicians, including innovation projects. Alliances have been established with the Ministry of Science and Technology to venture into the development of prototypes of pieces and spare parts that we need for equipment recovery.”

When asked about the medical equipment that are still within the producers’ guarantee, Pulido responded that “VenSalud is following up on these contracts so as to be able to put them at the service of the healthcare centers for the welfare of our people.”

On the other hand, Pulido stated that “in regard to the equipment that are already outside the guarantee periods, we are intervening directly and we have already recovered a significant number of units of equipment.”

The head of VenSalud explained that most of the medical equipment used in the National Public Health System has state-of-the-art technology, since they are made by globally recognized brands.

She added that VenSalud has also managed to establish alliances with national and international suppliers, which has made it possible for the organization to access spare parts for repairs.

Featured image: More than 15,000 medical equipment units have been recovered by VenSalud since 2018. Photo: Últimas Noticias